Vandoorne, who started the race last after grid penalty for a new energy store and control electronics, was defending from Massa on lap 33 when the contact occurred.

The Brazilian was on the inside into Turn 1 when Vandoorne turned in, leading to the pair banging wheels.

The Belgian then slid off into the gravel to retire with damaged suspension, leading to a virtual safety car period.

It was Massa's second incident with a McLaren in the Spanish GP after an opening-lap run-in with Fernando Alonso - which left the Williams driver having to pit for a puncture.

In addition to a three-place grid drop, Vandoorne has been handed two penalty points on his licence.

This brings his total up to three, as he'd picked up his first penalty point during the Russian GP for not rejoining correctly after running off-track at Turn 2.

Vandoorne will be partnered in Monaco by F1's 2009 champion Jenson Button, as Alonso will instead compete in the Indianapolis 500 in the United States. 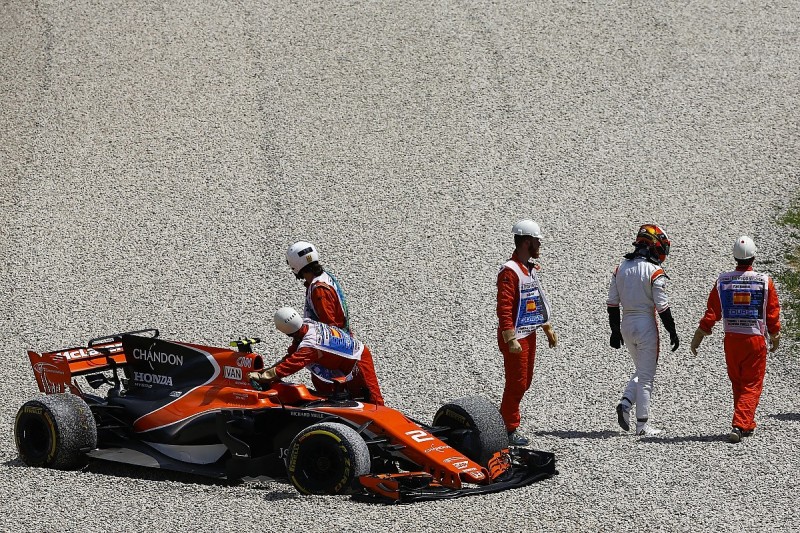