Haas Formula 1 team boss Gunther Steiner thinks it would be unfair to expect his staff to be on the road for six weeks to avoid hotel quarantine after the Turkish Grand Prix.

The fate of the Istanbul race that is scheduled for 11-13 June is up in the air after the UK government put Turkey on the red zone list of countries that require returnees to spend two weeks in a hotel quarantine when they get back to Britain.

With it unclear whether or not F1 personnel could get exemption from the hotel quarantine requirement, the issue could prove to be enough for the event not to go ahead.

Were F1 told by the UK government that there is no exemption, then the only way forward would be for British teams to not return home after the Turkey race and instead stay in Europe.

They would then travel directly to the French GP on 25-27 June, followed by the Austrian GP a week later.

However, such a trip would likely result in staff being away from home and the factories for between four and six weeks – something that Steiner does not think can be expected.

Asked about the prospect of keeping the current schedule but staff being left on the road, Steiner said: “Everything is possible but there is a limit of what you can ask people to do.

“We need to be respectful, because the people are not going home for six weeks. I think that’s not fair.

“I mean it’s good to work but at some stage, it’s not that the rest of the schedule is easy. Last year it was already tough and this year, at the end of the year, it will be tough if we get all the races in, which hopefully we do.

“But we don’t have to overdo it, and I don’t think that is an option, that we just keep on going for the next two months and then we go home.” 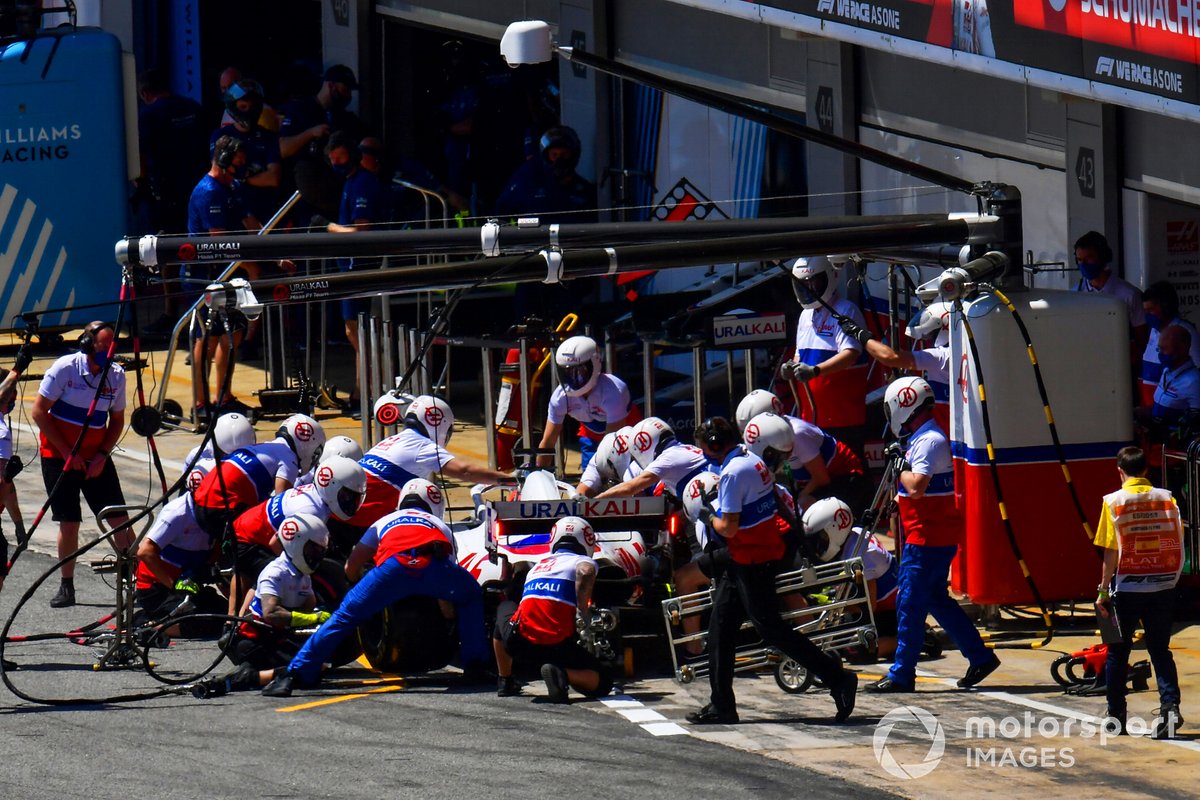 F1 said over the Spanish GP weekend that it was assessing the situation surrounding the Turkish GP before deciding what its next steps were.

“It’s clearly not very enjoyable to be quarantined two weeks in a hotel, anywhere in the world,” he said.

“So Stefano is going to look at how to organise ourselves. And only when we have a more clear picture, we can then decide who stays on the road and who comes back home.”