Nikita Mazepin says he has “no problems” with Haas Formula 1 team-mate Mick Schumacher after tensions flared at Zandvoort, but that he wants “to be in front”.

Mazepin and Schumacher had run-ins on both Saturday and Sunday at the Dutch Grand Prix, prompting Haas F1 boss Gunther Steiner to plan talks ahead of Monza this weekend.

Mazepin was left annoyed after claiming Schumacher broke the team’s agreement by passing him on-track ahead of their final qualifying laps on Saturday, spoiling his session. Schumacher said he had received permission from the team to overtake Mazepin.

On Sunday, it was Schumacher who felt aggrieved after Mazepin made a late defensive move on him on the main straight at the end of the opening lap, forcing Schumacher to back out at the last moment, but he still picked up front wing damaged.

Schumacher said Mazepin “ruined my race” and admitted afterwards that his relationship with his team-mate had “room for improvement”. 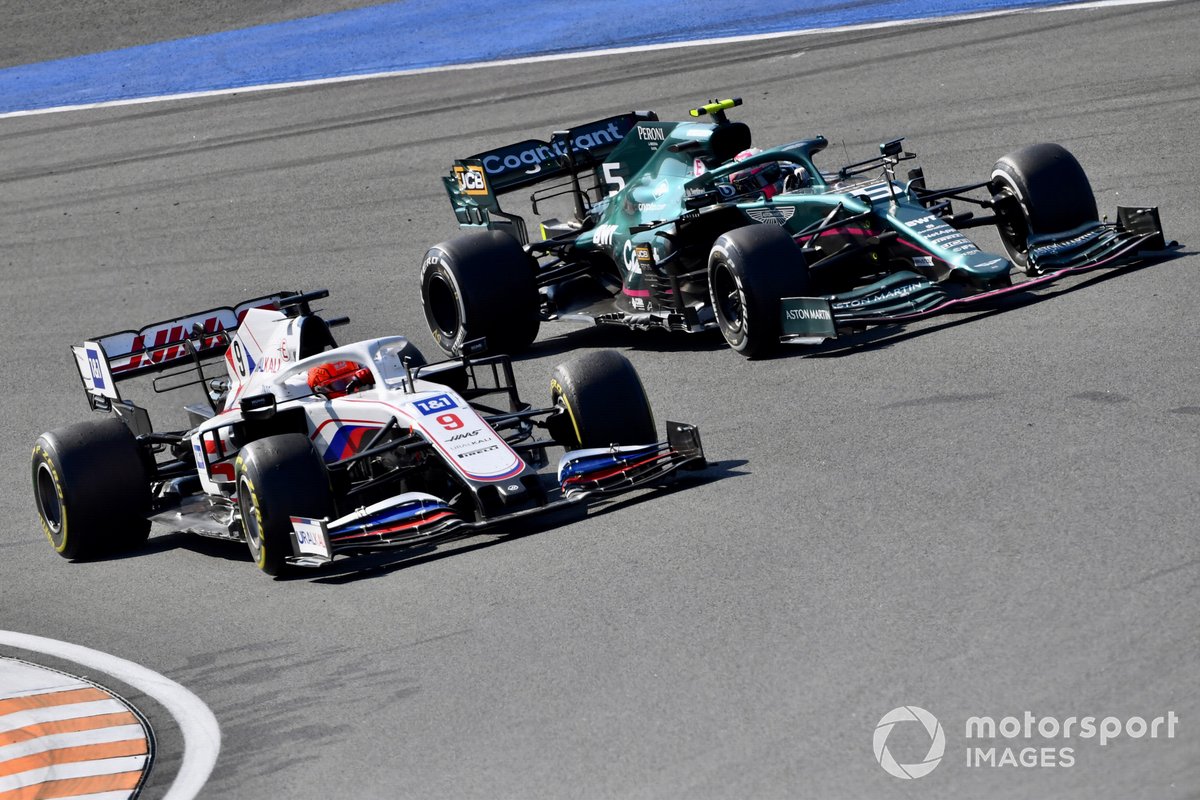 But Mazepin felt the incident at Zandvoort would have no bearing on his relationship with Schumacher, as it had “been the same exactly from the beginning of the year”, recognising there “has been some tension”.

“But for me, I really don't care so much who I'm fighting with,” Mazepin said.

“I’m doing it respectfully, and I'm not going to give any more than I should.”

Asked if there were any problems between him and Schumacher, Mazepin replied: “No problems, but I want to be in front.”

Steiner met with Schumacher and Mazepin after the team’s post-race engineering briefing to talk about what happened, and said they would “meet before Monza to see what we need to do to avoid this in future”.

Haas has been treating 2021 as a transition year, opting against any car development in order to place full focus on the new regulations coming in 2022 and to allow its all-rookie line-up to settle into F1.

But Steiner disagreed that it was a good thing the tensions between his rookie drivers were arising now, saying there was “never a good time to go through this”.

“But I've been there before, we will sort it,” Steiner said.

“And I think the timing, I’d rather have it now than next year, to be honest. We are in a position where at least we've got a little bit of time to sort it still.

“We have got nine races to go, we need to fix this. This is now a big task to do. And we will work hard at it.”