Spanish GP: Massa has 'a disaster' while Bottas flies for Williams

Felipe Massa described his Spanish Grand Prix as a "disaster", after failing to score points from a race in which his Williams Formula 1 team-mate Valtteri Bottas finished fifth

Massa started ninth having made a mistake in qualifying, but reckoned his FW36 had the pace to fight for a top six finish.

However, he failed to make progress in the race and slumped to 13th, behind both Force Indias and both McLarens, while team-mate Bottas ran as high as third before losing fourth to Sebastian Vettel's faster Red Bull late on.

"Today was a disaster," said Massa, who experimented with a three-stop strategy but still could not make progress.

"It was a very difficult race. I was in the traffic most of the race and was struggling with tyre degradation.

"I was struggling with the grip overall - it was much worse today than yesterday, and compared to the long run on Friday.

"It was very difficult to work the tyres and the only difference is the [air] temperature went down [today].

"Maybe it was something that changed for Valtteri in one direction and me the other. I don't know, but it's something we need to analyse because I was very competitive during the whole weekend and then suddenly everything changed just for the race.

"I tried a different strategy to see if we could have been better but it was not.

"For sure I was behind other cars all the time and this used the tyres more, but even taking that conclusion the overall grip I had on the car was so bad."

Nevertheless, Massa hailed the improvements made by Williams this weekend, despite his own problems.

"We're going in a good direction," he added.

"Today we passed McLaren in the championship thanks to the race of Valtteri, and were more competitive than Force India, which is just 11 points in front.

"Everything is open and we need to fight." 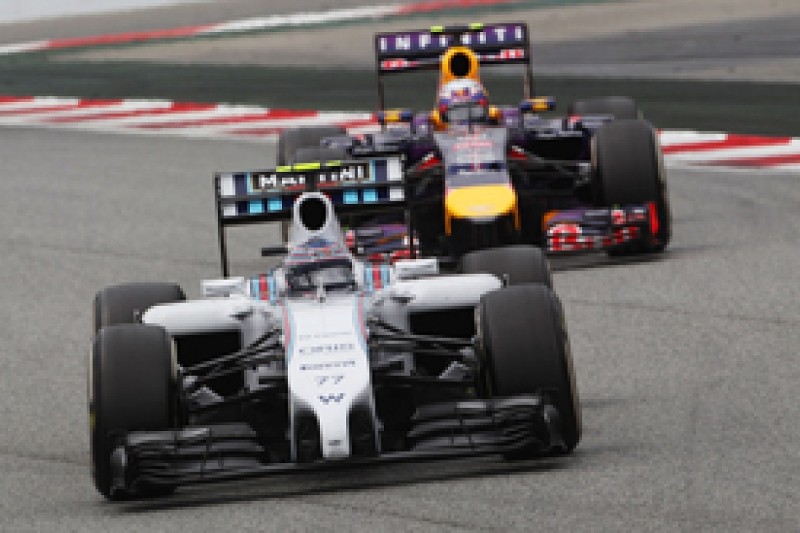 BOTTAS: ONE OF MY BEST RACES

Bottas hailed his own performance as one of the best of his career so far, after successfully using a two-stop strategy to finish fifth.

"We scored 10 points again and we were the third quickest team here.

"In the end Vettel was on the fresher tyre and there was nothing to be done.

"You always want more, so we need to review to see if there's anything we could have done better, but from my side the race was one of my best - a good start, zero mistakes and a clean race."