During the final minutes of the session Leclerc was closing on the slower-moving Magnussen on the pit straight and moved to pass on the inside, only for Magnussen to move across, forcing Leclerc to back off sharply.

"Magnussen needs to understand that he's not alone on track," complained Leclerc on the team radio.

"Honestly... He's on a slow lap and he stays on the line. Every time."

The incident comes in the aftermath of Magnussen's late-race clash with Pierre Gasly in Baku, for which Magnussen received two points on his licence and a 10-second time penalty.

This time he was summoned to the stewards for "alleged impeding and a potentially dangerous manoeuvre".

Only the latter charge was upheld, resulting in a reprimand rather than a more severe sanction from the panel led by former F1 driver Derek Warwick.

"The Stewards reviewed in-car video, track video, marshalling data and car telemetry regarding the incident at 12:28 during FP1 between Car 20 [Magnussen] and Car 16 [Leclerc], and heard from the driver and team representative of Car 20," said the FIA in a statement. 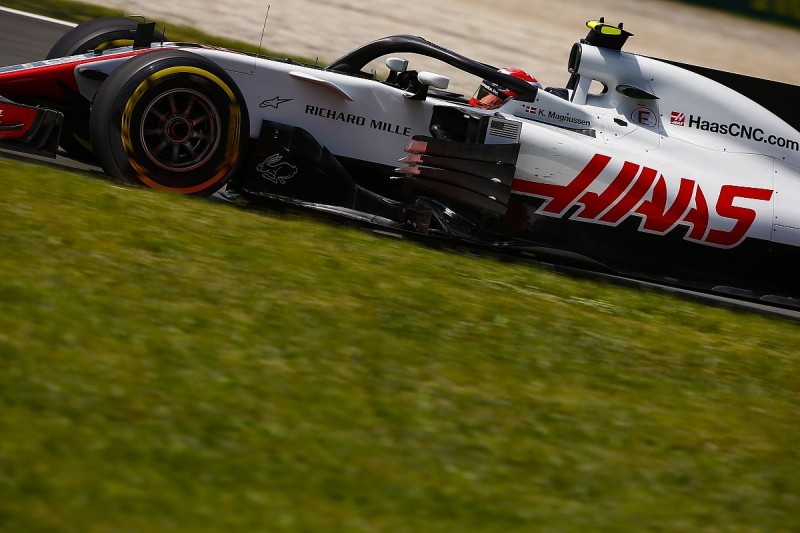 "The driver explained that he had received a yellow flag at Turn 10 and had aborted his lap. He was unaware that the flag had cleared and that the driver of Car 16 who was immediately behind him had not aborted his lap as he had not been in the sector when it was yellow.

"The Stewards accepted this explanation and found that there was not a case of Unnecessarily Impeding, and therefore not a breach of Art 31.5.

"However, the Stewards reviewed the manoeuvre of Car 20 at the entry to Turn 1, where the driver of Car 20 moved to the right in front of Car 16 which was overtaking at the time. While the cars avoided a collision, the Stewards deemed the manoeuvre to be potentially dangerous and unnecessary, and therefore a breach of Art 27.4."

While Magnussen currently has seven penalty points on his licence, and will receive a one-race suspension if he reaches 12, this is his first reprimand of the season.

Asked about the incident, Sauber team principal Frederic Vasseur said: "Are you asking me about this morning, last week or last year?

"It makes no sense to do something like this in free practice. I don't want to say that it makes sense to do it in a race, but I could understand even though it's stupid.

"But in free practice - it makes no sense."