Spanish GP analysis: Why Toro Rosso is faster than Red Bull in F1

Although many were discussing the gap between Mercedes and Ferrari, a row-three lockout for Toro Rosso was arguably the biggest shock in Formula 1 qualifying for the Spanish Grand Prix

Of course, under-performances by Ferrari's Kimi Raikkonen and Williams's Felipe Massa helped turn what would have been a good result into an exceptional one, but the most interesting aspect lay in the extraordinarily large gap to Red Bull.

Given their respective histories (and budgets), no one would reasonably expect Toro Rosso to outperform its parent team, but Carlos Sainz Jr was almost half a second quicker than Daniil Kvyat - with both drivers saying afterwards they pretty much extracted the maximum from their respective cars. 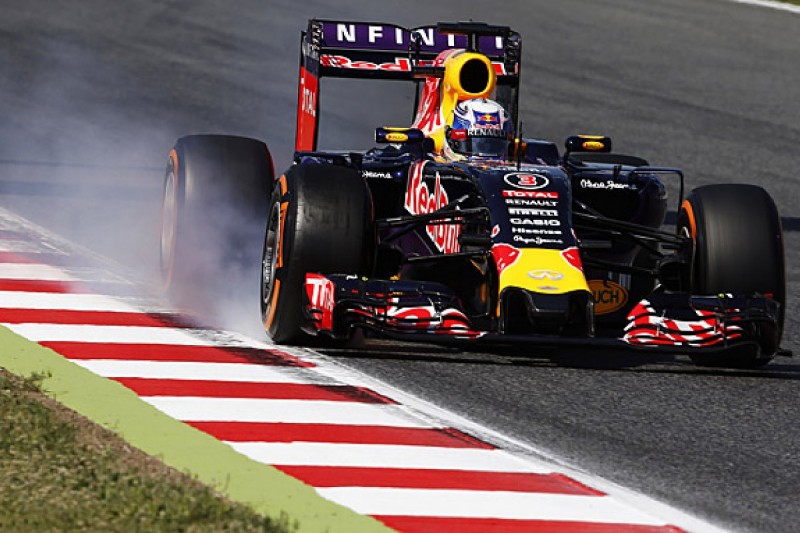 Both teams share Renault propulsion, which means any differences - provided those engines are running cleanly (and none of the drivers reported problems during qualifying) - should be down to the chassis, and the drivers.

There is no doubting Sainz and team-mate Max Verstappen are exceptionally skilled, but they lack the experience of Red Bull pilots Daniel Ricciardo and Kvyat, so it's reasonable to expect the latter pair to be slightly ahead in an even situation so early in the season.

Generally that has been the case. In fact, this was the first time a Toro Rosso has out-qualified a Red Bull this season.

For the RB11 to be so far adrift of the STR10 - on a circuit that should suit the traditional high-speed cornering strengths of Red Bull cars - is unexpected.

Perhaps the STR10 - a car that team boss Franz Tost said ahead of the campaign would be the squad's "best ever" - is just fundamentally better than the Red Bull, and only now are we starting to see it.

Certainly, the two Toro Rosso drivers reckon their car's capability in the sort of downforce-demanding corners that are prevalent here is a match for everything bar the pacesetting Mercedes W06.

"The car [at] every track we've been to in the high-speed corners we were one of the fastest - sometimes very close to Mercedes," said Verstappen.

"We were always confident that this track would be good for us, but this good we didn't expect."

Sainz added: "I think we have a very strong aero package.

"The big upgrade we brought for test three gave us a lot downforce out of the box, then we went to some tracks with very long straights that were probably not benefiting us.

"But finally we came to a track that is more suited to our car, and the car is there."

WHY THE GAP IS EXAGGERATED 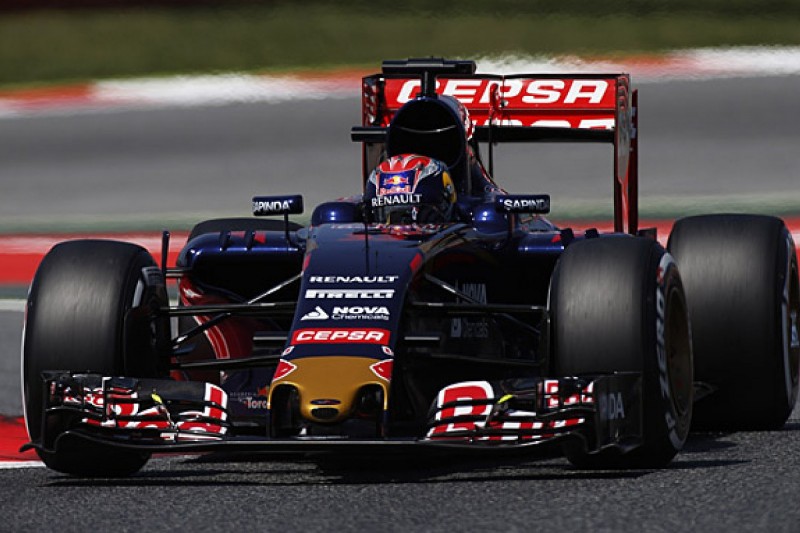 If the Toro Rosso is fundamentally a little faster than the Red Bull here, it is not actually half a second faster.

Ricciardo admitted to messing up sector three on his best lap, after a moment in Turn 10.

If he'd strung his lap together he would still have qualified behind the Toro Rossos, but only a tenth and a half behind Verstappen.

Both teams have brought upgrades to this race, but the Toro Rosso has been working well immediately, while concerns over engine mileage held Red Bull back through free practice.

But Ricciardo refused to use that as an excuse, saying Red Bull has undoubtedly slipped back as a whole this year.

"Clearly we're slower than last year - I think we were about a second off pole here last year and [this year it's] double that," he said.

"For whatever reason we obviously haven't made progress and we need to find answers.

"Last year we lacked power but we were making it up through some high-speed corners.

"Unfortunately, we're not strong anywhere at the moment."

A lot of blame has been laid firmly at Renault's door for Red Bull's poor start to the season, but the result of Saturday's qualifying session in Spain suggests it might not be as simple as that. 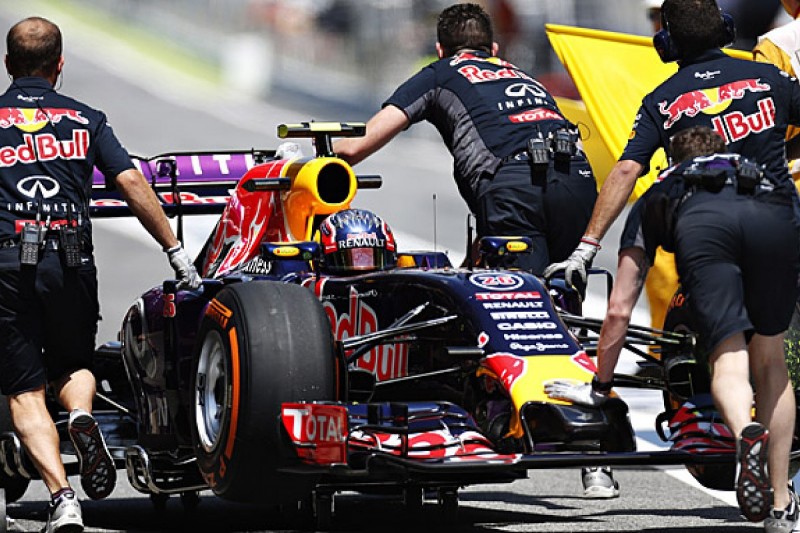