Sir Frank Williams has been discharged from hospital and is recovering at home, the former Formula 1 team principal's squad has announced

Williams had been admitted to hospital just over a week ago, with his family confirming he was in a stable condition, while keeping the details of his medical situation private.

Earlier on Thursday the 78-year-old's former team, which he founded in 1977, said that Williams had been released from hospital to continue his recovery at home.

"We're delighted to say that Sir Frank has been discharged from hospital and is now on the mend at home," a Williams statement read.

"The Williams family would like to thank everyone for their support during this difficult time, and to wish everyone a Merry Christmas and a Happy New Year."

Williams ended his association with the team that bears his name in September this year soon after its acquisition by Dorilton Capital, with daughter Claire Williams also stepping down from her role as deputy team principal.

Last week Williams announced former McLaren F1 boss and Volkswagen Motorsport head Jost Capito is set to arrive at the Grove-based team as its new CEO, starting his position next February, with Simon Roberts taking on the role of team principal on a permanent basis.

Roberts is adamant Williams will remain a wholly independent team to continue "the cultural fit with the team" started by its founder as it looks to start a new era in 2021, saying that he doesn't want it to become a B-team in the mould of AlphaTauri or Alfa Romeo. 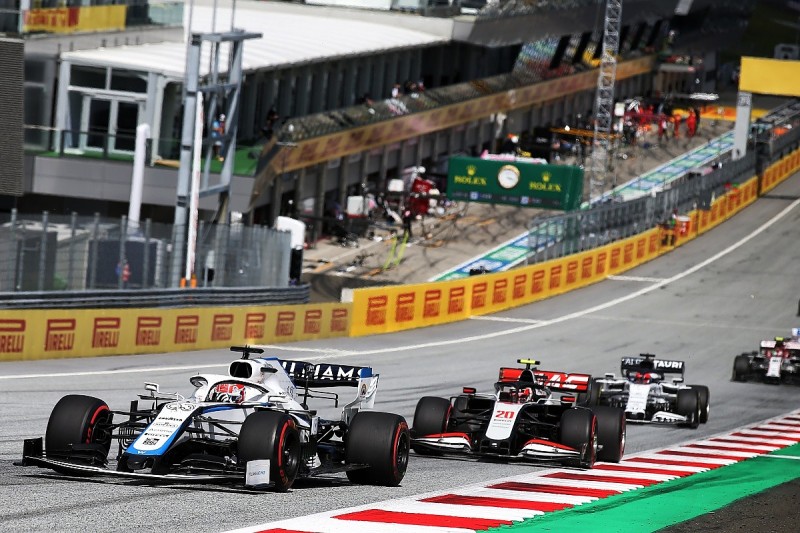 "We want to retain our independence, but we want to be more competitive," he said.

"So for us, looking forward, we're open to extending a relationship but the specification of that would depend on what we think we're strong at, internally, and where we think we need help and support.

"From the cultural fit with the team, there's a lot of synergy between the road map that Claire [Williams] had laid out and we're staying very true to that."

Sir Frank Williams suffered severe injuries in a road accident in France in 1986, which rendered him tetraplegic, but continued at the helm as his team became the dominant force of the turbo era in the mid-1980s, before winning further drivers and constructors titles in the 1990s.

Autosport Podcast: The best and worst of Formula 1 in 2020

Why Albon's F1 dream isn't all over