Haas boss Gunther Steiner thinks his team will face another "difficult" Formula 1 campaign in 2021, but says there are grounds to feel it can make progress

The American-owned outfit finished ninth in the constructors' championship this year, with its hopes not helped by engine supplier Ferrari experiencing a step back in power.

With F1's rules meaning teams must carry over their cars for 2021, Steiner concedes that there will be no dramatic progress over the winter.

However, he hints at some hope that a new engine Ferrari is producing could at least give it a chance of moving forward.

"I know it will be another difficult one," said Steiner about 2021. "It's just how difficult it is - and that I don't know yet.

"But there are a lot of factors which I have no influence on and are outside of my control, and I hope those factors - I know what we speak about here - I hope they get better.

"Obviously we also need to do work on our side, a lot of work. We will be pushing to do the best in the short time we have got. That's the only thing I can do at the moment, and hopefully somebody else adds something to the party as well." 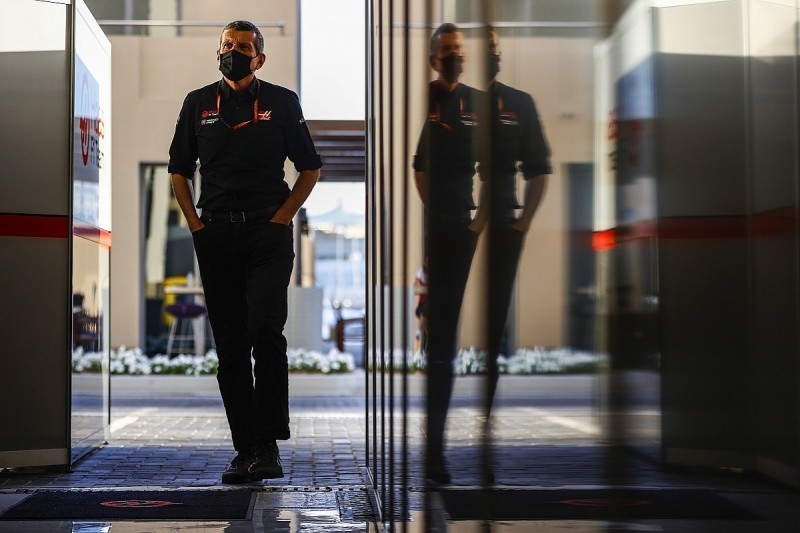 In a bid to keep costs down, Haas did not bring any major upgrades to its car during 2020, which meant its competitiveness fell away over the course of the year as others made steps forward.

However, it is eyeing some developments for next year which should allow it at least to push forward a bit. Steiner, though, says predicting just how much progress the team can make in 2021 is not straightforward.

"We are working hard on it," added Steiner. "It's difficult to judge as we started developing maybe three or four months ago. It's not that the other people developed a lot, it is just we did not have wide open development because we had to manage budgets and resources.

"We did very well when we had to manage resources and budgets, so I hope we can get back to those times.

"But next year it will be difficult, because we are not developing from a car which is very competitive. The reality is we [will] just find out when we go out there testing in Barcelona, and then in Australia when we do the first qualifying.

"We try to do our best, but I don't want to make any promises on how great it will be, because I don't think it will be that great. But as always, you try to do your best and you hope that you can make up some of what you lost before."

Autosport Podcast: The best and worst of Formula 1 in 2020