Seidl says Sainz was "on the hunt" on fresh tyres and was not able to use the potential of the car over the last part of the race.

Sainz was the best placed finisher to run a traditional two-stop strategy. Race winner Sergio Perez had an unplanned first lap stop and thereafter pitted only once, while top the other three finishers, Esteban Ocon and Lance Stroll, also made it home with just one stop.

The Spanish driver took fresh medium tyres under a VSC on lap 55, but the subsequent safety car after Jack Aitken's crash helped those who had stayed on older rubber, and were on long stints to the flag.

"Obviously, how the race played out, it worked out for Esteban and Lance," said Seidl.

"But I think they probably benefited also from the way the safety car came in, because this is where Carlos was on the hunt with the last set of tyres.

"So I think it's difficult to judge. We still need to analyse, if that would have made a difference in a normal race."

Seidl doubted that Sainz could have done anything about eventual winner Perez. 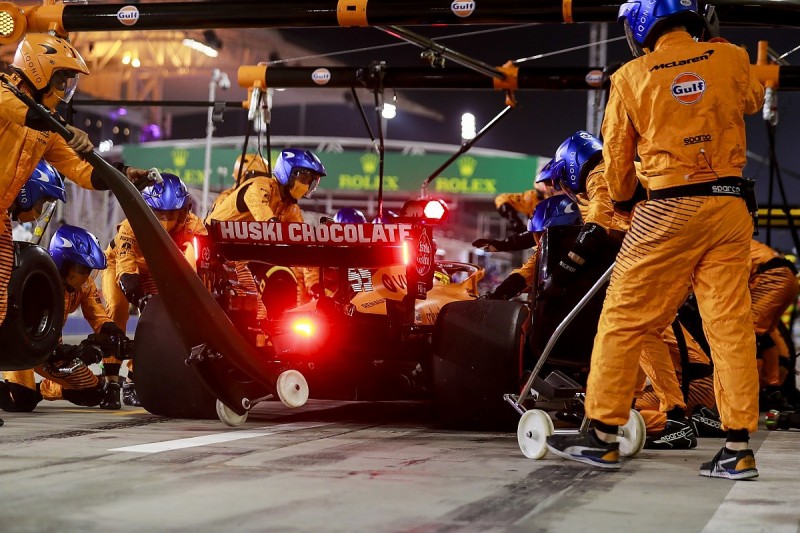 "In the end, I think we have to clearly say congratulations to Checo, he was just flying. I think he has shown what this car together with him can do. And that's something we simply cannot compete with at the moment.

"I think our race was in the end with Ocon and Lance. As I said before, I guess with the timing of the safety cars and so on, we were only a bit unlucky to fight these two cars, I would say.

"Carlos did a great job, and together with the team, and I think we maximised everything we had in our hands, keeping Daniel [Ricciardo] and [Alex] Albon behind us."

Nevertheless Seidl said the team did not regret its chosen strategy: "I would say going into this race, we clearly expected a two-stop race. Then we could see that tyre degradation definitely was lower than expected.

"But in the end we still saw that it was overall the better strategy in terms of race time to go for the two stops still, even live during the race.

"And again, I think it would have been quite close to Esteban and Lance with their one-stop races if the race would have finished without the safety car. Because as I said before Carlos was on the hunt, getting closer to them.

"But at the same time, we clearly have to acknowledge that against Checo there was nothing we could do, he was simply on a different level in terms of pace."