Sebastian Vettel's Singapore Grand Prix engine is available to use again, after the Ferrari Formula 1 team found it escaped damage in the first-lap crash, Autosport has learned

Vettel's contact with Max Verstappen and Kimi Raikkonen off the line in Singapore caused sidepod and cooler damage, with the car spinning on its own fluids on the next straight, hitting the wall and retiring.

Having examined the unit at Maranello, Ferrari feels the engine - the third of Vettel's allocation - can remain in the pool to be used again if required in the remaining six races.

The news is significant as it reduces the chances of Vettel having to take a grid penalty later in the season for engine component changes. 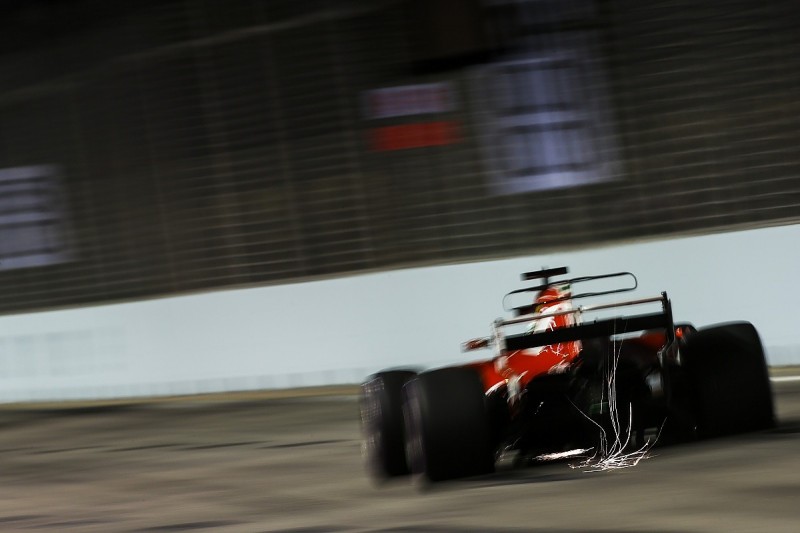 A further change of the turbocharger would spark a 10-place grid penalty as it would exceed their respective allocations.

It is believed Ferrari is hoping to introduce its next specification of engine at the upcoming Malaysian GP, meaning Vettel and Raikkonen will move onto the fourth and final unit of their allocation.

With a new oil burn limit of 0.9 litres per 100km coming into force from the Italian GP onwards, Ferrari will need to run at the lower limit when it introduces its new unit.

As Mercedes introduced its new engine in Belgium, one race before Italy, it is allowed to keep burning 1.2 litres of oil per 100km should it wish to do so.