Sebastian Vettel has been left perplexed by Formula 1's decision to change the start procedure rules, believing the teams will soon overcome any potential chaos

From this Sunday's Belgian Grand Prix a driver will now have to discover his own optimum clutch bite point the moment he leaves the pitlane ahead of the formation lap, rather than being given advice from his team as was previously the case.

Reigning champion Lewis Hamilton, although welcoming of the change, recently suggested the starts would likely be "unpredictable", maybe even "disastrous".

Vettel, who goes into the race at Spa 42 points adrift of Hamilton, is convinced all the drivers on the grid will quickly become accustomed to the change.

"I don't really get the point of what we're trying to achieve," said Vettel.

"I don't think it will change much; maybe it will be a bit chaotic on Sunday - and maybe the next Sunday.

"But look, there are a lot of smart people in Formula 1.

"Drivers are capable of doing a lot of things, so I think two or three races down the line nothing changes."

Perez added: "In a way, the starts have always been a gamble in F1.

"This can mix things up so it's definitely a step forward for Formula 1."

"I don't expect any big differences to be honest," said Bottas.

"What we have, the information about the clutch, has been fine-tuning. Now it's up to us to manage it. 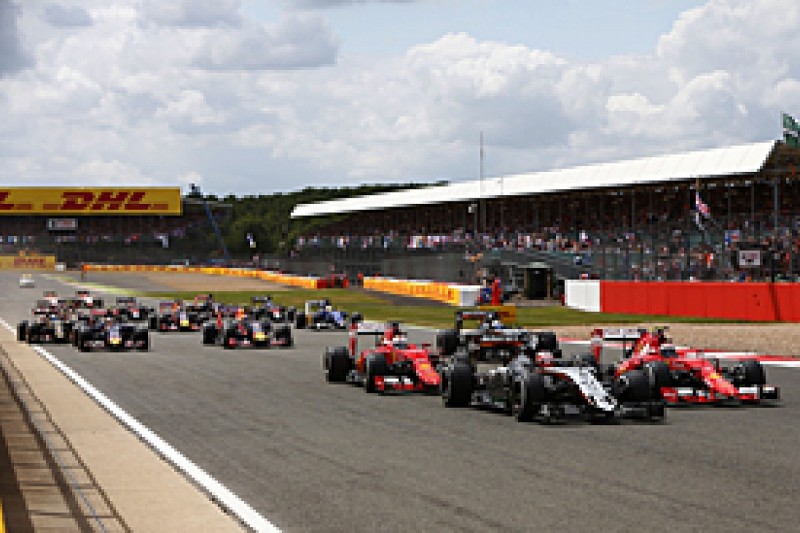 "On the formation laps there will be more for us to do, like engine modes, but that is it.

"We have done it so many times, it's quite automatic. You remember what you need to do, so I don't see a problem."

McLaren driver Jenson Button feels next year, when the rules alter again and the drivers will only be allowed to use one of their two clutches, will be more crucial.

Button said: "It's a memory thing, basically being told what to do and trying to remember it for 10 minutes instead of five seconds.

"Next year's starts will be very different, it's completely manual, but this year it's still the same.

"Will it shake things up? Not really."

For Romain Grosjean, the situation reminds him of "going back to school, having to remember a long list of what to do".

Nico Rosberg, who practiced starts in the Mercedes simulator on Tuesday, feels there will be "quite a big difference", notably with how quiet it will be on the way to the grid in future.

Rosberg said: "In the past the radio communication on the parade lap hasn't stopped from when I left the grid to almost the start, and now it's going to be absolute silence.

"I will now have to do the procedures, which I have to remember, so that's going to be more difficult.

"Then the start itself will be more complicated because the clutch setting is fixed, and it will be down to me to do a good start."