Ericsson lost control at the long, fast Le Beausset right-hander late in practice one and spun backwards into the barrier, causing the session to be red-flagged.

"I turned in [to the corner] like every other lap," he said. "I wasn't going any faster or doing anything different. And I just lost the rear end completely.

"It was one of those strange crashes that you don't really find a good explanation for.

"We analysed it a lot afterwards and couldn't really see anything apart from the wind being quite different on that lap compared with previous ones.

"On that lap I had a lot less headwind so I had less downforce because of that.

"If that's enough to lose a car completely like that - I wouldn't think so, but it's the only thing we can find. It's really strange."

Paul Ricard's location on a high plateau means it is prone to rapidly changing conditions.

The prevailing wind is from the northwest and generally caused by low-pressure areas in the Gulf of Genoa drawing cold air from the mountains and through the Rhone Valley.

This provides a tailwind of varying intensity down the main straight at Paul Ricard, and the apex of Le Beausset is the point at which the cars turn across the wind and back into the face of it. 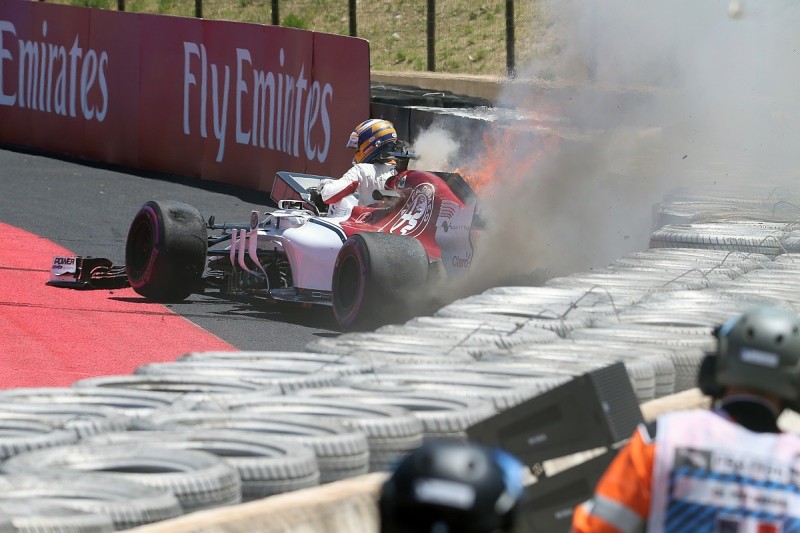 "The wind has been quite gusty today but up until the crash I felt really comfortable in the car and was feeling quite happy with it," said Ericsson.

"So it was a disappointing end to the day after a promising start.

"In the crash I lost my mirror on the right side, and that's where the fire was. I looked in my left mirror and saw nothing, so I was doing the normal switch-off procedure, taking it easy, then when I stood up a saw the big fire."