The Russian pulled over in front of Force India's mechanics, who were preparing to service their driver Esteban Ocon, after concluding a run early in Friday afternoon practice at Paul Ricard.

He briefly held up Ocon as a result before moving on to the correct pit garage.

"I know it was quite stupid," Sirotkin said after the session. "And I realised it last moment.

"If you saw where the sun is coming from, it is right in your eyes. Everything is flashing, you see just dark [outlines of] people, but you don't see colours really.

"And I just boxed, I thought 'wow, did we change the shape of front jack?' - and then like 'oh, it is the wrong colour'.

"It's just the sun. It was difficult to see the colours."

Sirotkin's team-mate Lance Stroll led Williams in 17th in both Friday practice sessions, as the team endured another difficult day in what has been a torrid season so far. 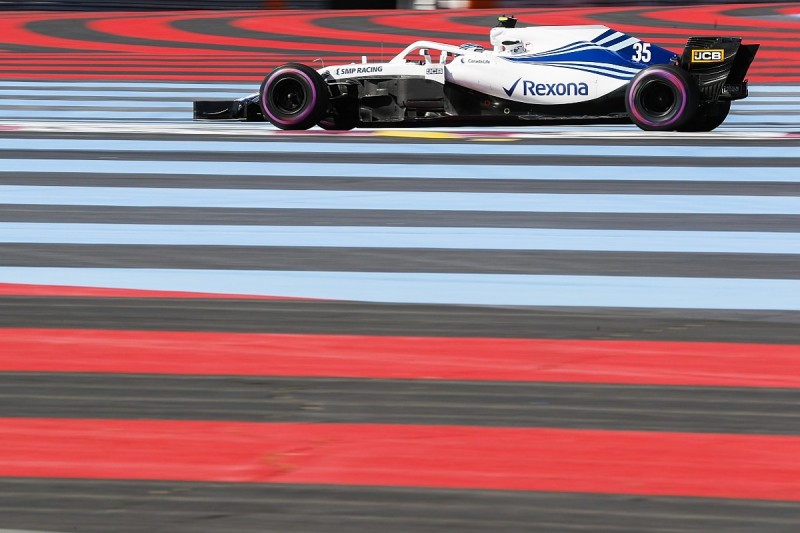 Sirotkin, who was last in the morning before taking 18th in practice two, admitted he did not expect a big improvement in form on Saturday.

"[It was a] long difficult day, honestly. I predicted it would be tough, and obviously it was tough," he said.

"We still went through some interesting things and obviously we scored some reasonable data.

"Obviously putting it all together, we would expect a bit of progress for tomorrow, but [at the] same time we have to be realistic that all what we will put together, it's not going to be such an impressive step, and obviously all others will do the same.

"It is going to be difficult tomorrow, obviously. It is what it is.

"And I think we should just focus on our work and wait till the proper bits are coming on the car."