Leclerc had the edge over his more experienced Sauber team-mate Marcus Ericsson through practice and the first runs in Q1, but his qualifying ended with a spin at the final corner.

He said traffic on his second run and his own misjudgement later was to blame for ending up 19th, three tenths and two positions behind Ericsson.

"I was already pushing way too much from the beginning of the lap," Leclerc told Autosport.

"I could feel the rears were starting to give up corner after corner and at the end I just overheated them massively and spun.

"It was an accumulation over the whole lap and at the end it was just not possible to drive on them.

"I just need to find the limit of the car. I am always a little bit over it every time.

"It was already a little bit the problem in Melbourne already, here also, so I just need to feel a bit more comfortable with the car and really find the limit.

"Pushing too much is not always a good thing to do and at the moment this is my problem.

"I just need to calm down a little bit." 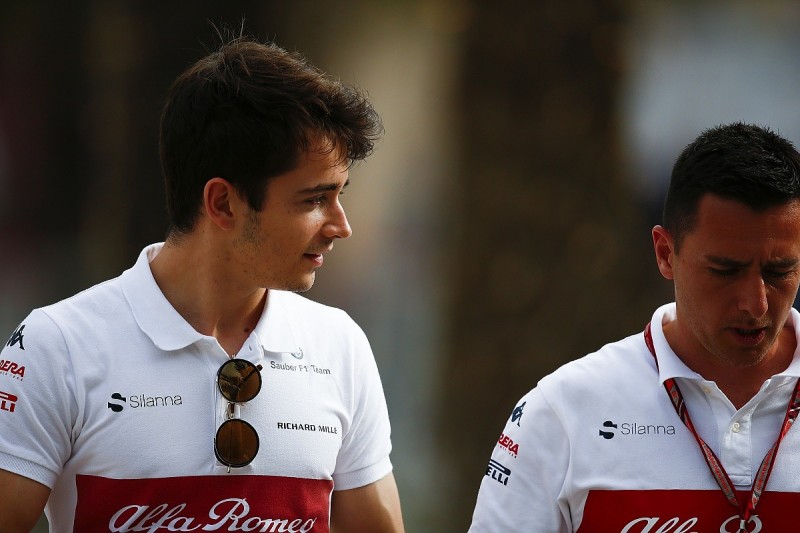 Leclerc was one of the stars of Friday practice, finishing 12th and 16th in the two sessions before Sauber slipped back in competitiveness on Saturday.

Ericsson looked like he might make Q2 but neither Sauber driver improved on the extra third run, after a red-flag stoppage, and he was bumped to 17th.

"I felt I hooked the lap up quite nicely but for some reason both me and Charles didn't find the grip step that others did," said Ericsson.

"The track evolution is quite big normally and what we are trying to analyse is it's a trend with both cars.

"Maybe it's something with the tyre preparation or something like that we got caught out with."

Sauber mixed it with Williams and Toro Rosso in Australia and Ericsson believed he would be able to have "a lot of fun" after retiring early in Melbourne.

"We have the same chance [in the race as in Australia] to fight with people around us," he said.

"Our long-run pace was promising and we've made some steps with the set-up that should make it even better in the race."

Leclerc said the performance step from Sauber's rivals in qualifying triggered some caution after Friday's positivity.

"We need to take that into account, because we are quite far from Q2," he said.

"Even putting everything together we could not have got there. "But if race pace is as close as Friday we can have a good race."