Sauber has revealed its new look 2018 Formula 1 car, which will carry a new red and white colour scheme as a result of its tie-up with Alfa Romeo

As part of a closer partnership with Ferrari this season, team boss Fred Vasseur concluded a title sponsorship deal with Alfa Romeo for 2018.

The logos of the Italian car manufacturer, a sister brand of Ferrari, feature prominently on the engine cover of the C37.

"I am very much looking forward to the 2018 season, and to seeing Marcus [Ericsson] and Charles [Leclerc] on track," said team principal Frederic Vasseur.

"We have put lots of effort and hard work into the C37 over the last few months, and it is fantastic to be launching the new car today.

"I am convinced that Marcus and Charles form the perfect driver line-up, with one being an experienced driver and one a promising rookie.

"The return of Alfa Romeo to Formula 1 sets another milestone in the team's history, and I am proud that such a historical brand has chosen us for their return to the sport." 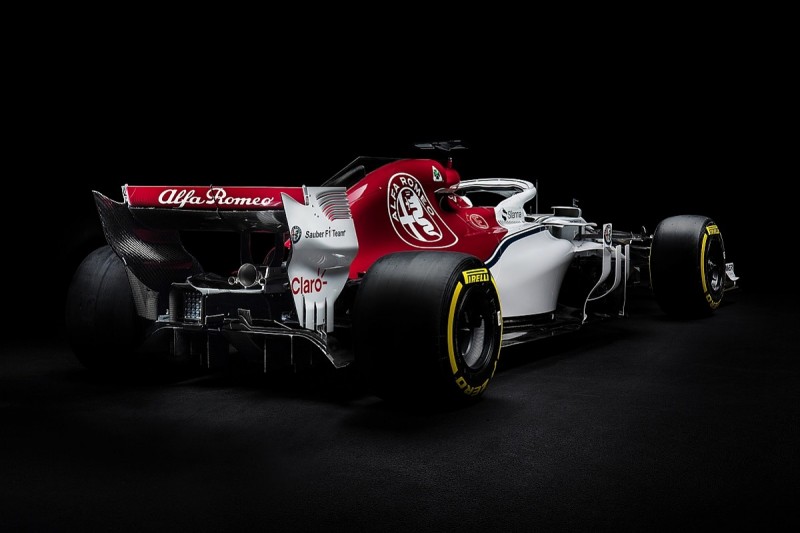 "The 2018 challenger is the result of the hard work that everyone in the factory has put in over the last few months," he said.

"Speaking about the C37, the car philosophy is much different to that of the C36.

"The aerodynamic concept has changed significantly, and the C37 has several new features in comparison to its predecessor.

"We are positive that the new concept offers us more opportunities and will help us to make improvements during the course of the season.

"The 2018 Ferrari engine will also give us a boost in terms of our performance.

"We hope that we will make progress with the C37 and that we are more competitive compared to 2017."

The new Sauber will be fitted with Ferrari's latest-specification power unit, with the team having run a year-old version in 2017.

Why Renault is either coy or undercooked