Sauber believes Gutierrez has the speed to outqualify Hulkenberg

The Mexican has failed to score a point so far during his rookie campaign, but during the last two weekends at Spa and Monza has shown promising pace but underachieved in qualifying.

"We have been very impressed with Esteban and so has Nico," McCullough told AUTOSPORT.

"Sometimes it looks as if Nico beats him easily looking at the qualifying statistics, but it isn't.

"He works hard and is seeing the rewards now after the start of the year was difficult for him with a car not as competitive as we wanted it to be.

"That makes it harder for a rookie because you are the one getting knocked out in Q1.

Team principal Monisha Kaltenborn is also happy with Gutierrez's progress, suggesting that better race weekends will emerge as the result of experience in the final races of the season.

"He has had a tough start and you shouldn't forget if you compare him to other drivers in a similar situation that he has not had the most competitive car," said Kaltenborn.

"What most don't see is that he does very good preparation and set-up work and very often that is not reflected in his results. But he is on the right way there.

"It's mainly about experience to get it all together." 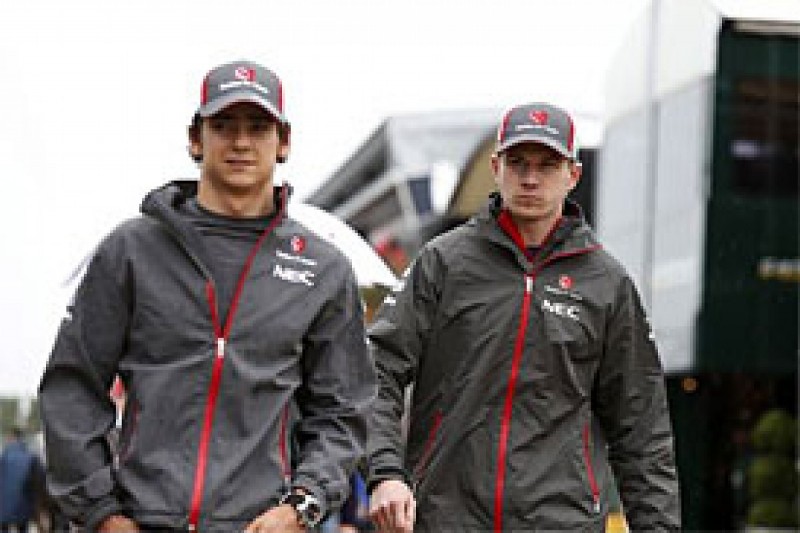 It would be easy to dismiss the above as just another team defending its driver amid glaring underachievement, but during the past two weekends there have been some promising signs for Gutierrez.

At Monza, he was not destined to join Hulkenberg on the second row, but his practice pace looked promising and he seemed a dead cert for a decent Q2 showing and looked like he could even be an outside contender to make Q3.

But he improved by less than a tenth of a second between Saturday morning practice and Q1 and fell in the first stage of qualifying for the eighth time this year, a failure made all the more alarming by Hulkenberg's third on the grid.

It was a similar story at Spa, where he looked Hulkenberg's equal until the second runs in Q1, when the German was able to ramp up the pace and left Gutierrez behind. That's the stage when experience really counts and rookies often struggle to nail the last few tenths on fresh rubber in qualifying.

In both races, Gutierrez's pace was good but compromised by being deep in the midfield and at Spa his good tyre management meant that he would have beaten Hulkenberg but for the drive-through penalty for exceeding track limits.

There's no suggestion that everything will suddenly click for Gutierrez and he will become a world-beater, but while results suggest a disastrous season he is actually looking more at home in F1 and showing he can be a decent performer in the midfield.

McLaren: junior drivers Magnussen, Vandoorne should be in F1