The team claimed four podiums in 2012 with Sergio Perez and Kamui Kobayashi, and the Mexican's rostrum appearances in Malaysia, Canada and Italy were earned from ninth, 15th and 12th on those races' respective grids.

Recently Sauber has been trying different strategic approaches again, including one-stops for Marcus Ericsson and Felipe Nasr in the United States when most pitted two or three times.

In Mexico, the team decided to keep Ericsson out to the finish after a stop for first-lap damage repair - a tactic that brought 11th place, albeit over 40 seconds away from the top 10.

Team principal Monisha Kaltenborn said innovative strategies were now the only hope of getting off zero points and leapfrogging Manor.

"When it comes to strategy we have to try something different because if you follow the mainstream then we know it's going to be very difficult to be in a position to get the opportunity and get the points.

"So absolutely we have to think outside the box otherwise we remain in our comfort zone and then it's not going to get us anywhere.

"We have to make sure, from the bunch we are in, we are right on top - sometimes it works, sometimes it doesn't - and in Austin it wasn't so bad.

"The drivers delivered what they should have with the strategy, they made it work.

"If unforeseen things happen, or the chance comes up, then we have to be there.

"It's always the situation that determines what strategy you take." 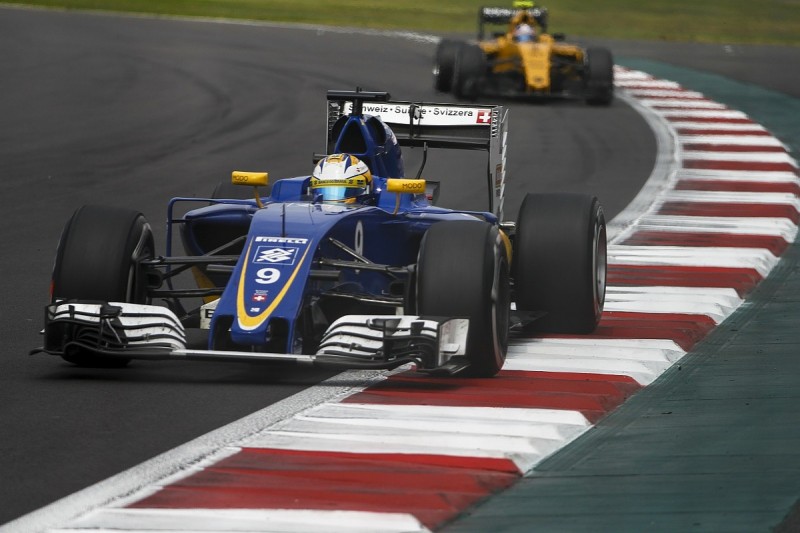 Kaltenborn suspects if Sauber had adopted such a bold philosophy earlier in the season then it might already have scored.

"Had we taken this approach at many other races before then it might have just worked," she admitted.

"Had we taken this approach in Baku, for instance, then we would have been there to get that point.

"We've seen the car can do this, the drivers are delivering on it, the strategists are right on it, so we are getting there."