When conditions warmed up for qualifying at the most recent grand prix in Mexico, Sebastian Vettel and Kimi Raikkonen struggled, with the German describing the tyre performance as "unnatural".

Had Ferrari qualified better than sixth and seventh, the race pace displayed by Vettel and Raikkonen suggested the team could have put more pressure on Mercedes.

Vettel crossed the line fourth, was promoted to third after a penalty for Max Verstappen but eventually classified fifth after picking up his own penalty, while Raikkonen was sixth.

It meant Ferrari lost more ground to Red Bull in the constructors' championship, with the Scuderia trailing by 62 points with a maximum of 86 remaining in the final two races.

"What was wrong [in Mexico qualifying] is the endemic problem we have all year long," said Ferrari team boss Arrivabene.

"In Baku I explained the same, and in Monaco, when the temperature has gone up to the sky normally we are going to have problems.

"We are making an analysis on that and now it's quite clear the reason why.

"We are working on that."

Current forecasts for this weekend's Brazilian GP suggest hot conditions for the build-up and Friday practice, before cooler weather - cloudy and in the 20-23 degrees range - for qualifying and the race. 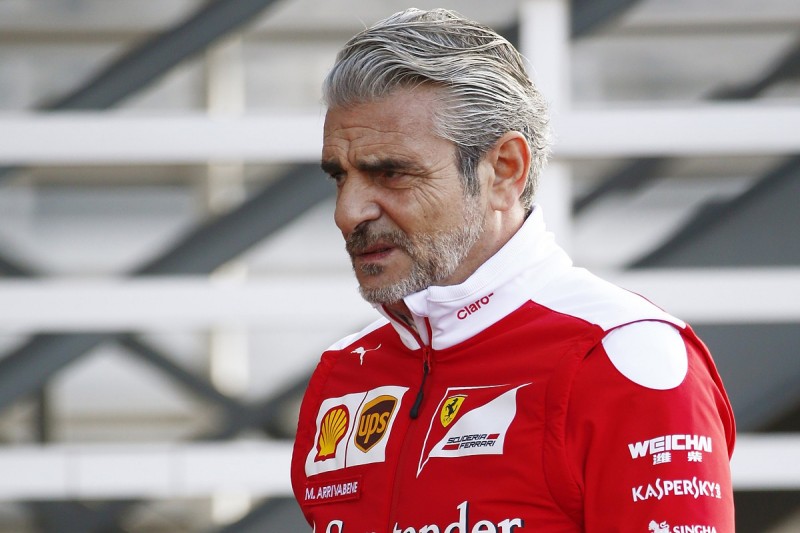 Arrivabene has praised his team's work ethic all season and said its performance in Mexico proved "they are fighters".

"The most important thing is the team is reacting very well," he said.

"I'm not happy, because we were not winning the race, but we demonstrated the character of the team and on top that something is moving and this is for me important.

"I'm receiving all the radio communication, this is the reason why sometimes I'm going mad!

"Because I'm hearing everybody, and everybody was doing their job, they were concentrated.

"The guys on the pitstop were perfect, not incredibly quick but perfect in the way they were doing what we asked them to do.

"The team demonstrate they are fighters - and this is what I'm asking for."