Carlos Sainz Jr says Ferrari has "no clue" where it stands among Formula 1’s frontrunners despite a promising first pre-season test in Barcelona this week.

Ferrari completed more mileage than any other team across the three days of running at the Circuit de Barcelona-Catalunya, while Sainz topped the driver chart with 236 laps.

Sainz’s team-mate, Charles Leclerc, set the fastest lap on day two of the test, and finished just half a second off the overall best time set by Mercedes’ Lewis Hamilton.

The encouraging start by Ferrari has been noted by its rivals. George Russell felt that Mercedes was “behind at the moment”, while McLaren’s Lando Norris thought Ferrari looked “very strong”.

But Sainz stressed that it was “very early days” for Ferrari with its new F1-75 car, making it difficult to take any firm reading of how it would shape up against its rivals.

“I can imagine why you guys are starting to take conclusions and maybe try to put a bit of a pecking order,” Sainz said.

“But for us, really we have no clue, and I think no-one has no clue of which fuel loads [and] which engines modes is everyone running.

“So we cannot confirm or deny that we are happy or sad, because we really don’t know where we are at all.

“I think [in] Bahrain, maybe it will start to get a bit easier to start to guess where everyone is.” 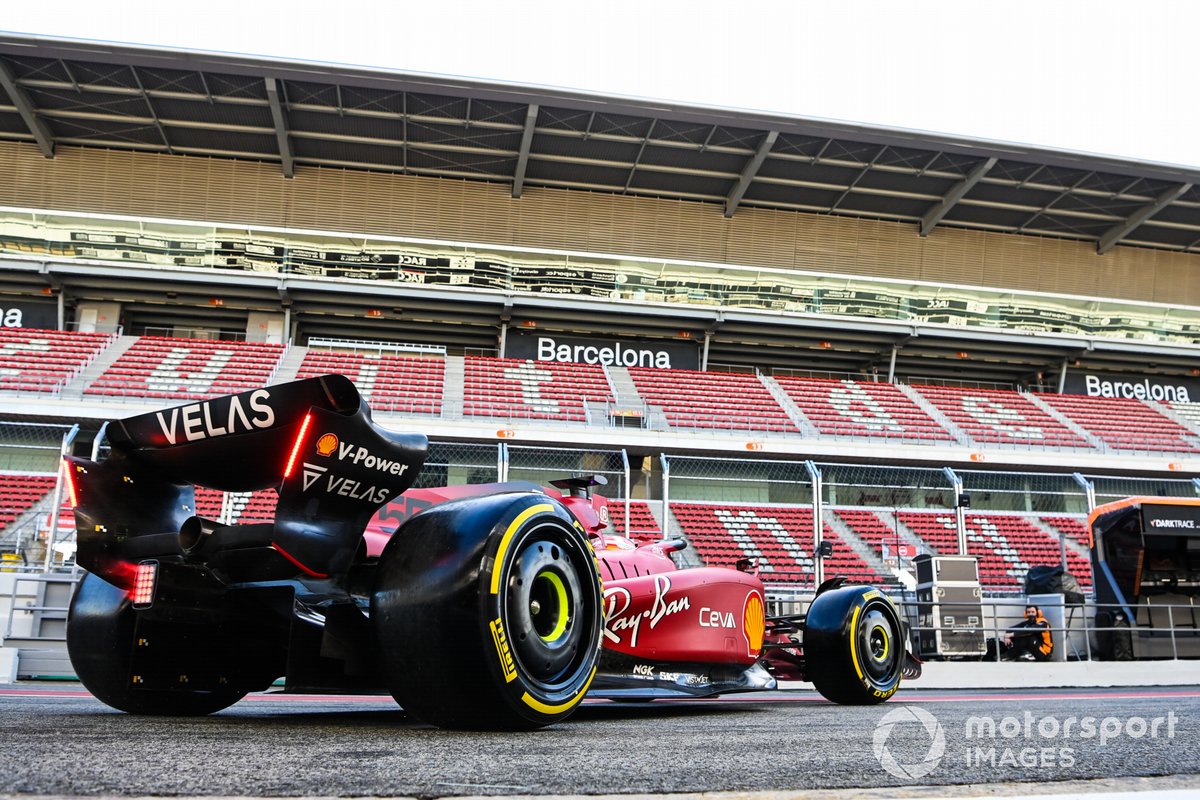 Ferrari has failed to win a race in either of the past two seasons, marking its longest drought since 1992-1993.

But the team benefitted from additional windtunnel testing time compared to the likes of Mercedes and Red Bull, by virtue of its poor constructors’ championship finish in 2020. It also opted to suspend development of its 2021 car early, ensuring it could place full focus on the new regulations for 2022.

It is anticipated that Mercedes and Red Bull will bring a number of updates for their cars to the second test in Bahrain, which begins on 10 March.

One of the big challenges for all teams in the first test was getting on top of the porpoising that emerged during the first extended runs of the 2022 cars, which use ground effect to gain downforce.

The issue caused a number of reliability issues to arise through the test, but Sainz said Ferrari was “quite happy and proud” of the mileage it achieved.

“Now it’s time to work a bit more on not only the mileage, but it’s also trying to improve the porpoising, and if the car is reliable with it, which if course is tricky to do,” Sainz said.

“We’ll keep working on it, and we’ll see if we can keep getting better.”