McLaren does not have a clear explanation as to why it escaped much of the porpoising problem that blighted others in Formula 1’s first pre-season test this week.

With F1 teams getting their first runs of the new 2022 machinery, many were caught by surprise by the bouncing phenomenon their drivers experienced as their cars hit top speed on the straight.

Trying to tame the issue has been a major headache for some teams, with Mercedes needing to use temporary floor fixes at Barcelona while Alfa Romeo will not have a proper solution until the next test in Bahrain.

But McLaren hardly encountered the problem at all, apart from when it fitted a few test parts that suddenly seemed to change its aero platform and trigger the issue.

McLaren technical director James Key said the Woking-based team was not completely immune to porpoising, but he reckoned it was not causing it any particular headaches.

“We had a couple of test items which appeared to promote it a bit more,” he said. “But then removing them reduced it, so you can fix it aerodynamically as well.

“I think where we are, it hasn't really been a topic for us so far. It's not to say it couldn't come back with further development, of course. We suffer from it a bit, but it's not a major concern or a major distraction for the drivers.” 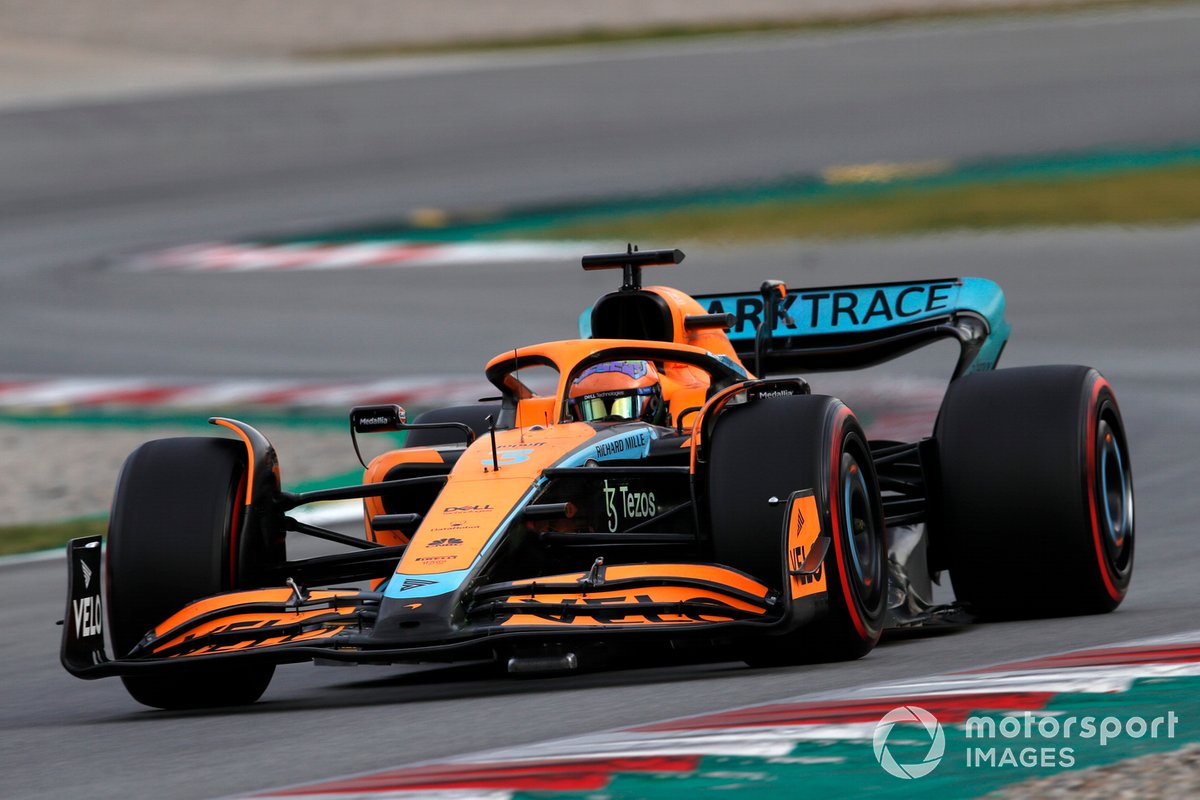 Key confessed that the team had not been clever enough to create a car that specifically addressed the problem, but equally he thinks it was not a complete fluke that its design proved so stable.

“I’d love to make out that we've been super clever but the reality is this is very difficult to simulate,” explained Key.

“It involves tyre stiffnesses, and the heave modes of your car. Because clearly, if it's in tune with the chassis, that's when you really see it go off when you get a natural frequency. There is front mass as well.

“So I don't think it's entirely luck. I think the stability of the car does play its role a little bit in this, and how well the car hangs on to load in various sort of rideheight conditions to so on.

“But I'd be lying if I said it was by design. I think it's a phenomenon we're all going to get used to from track running with these cars. And hopefully we can iron it out as time goes on, and learn how to remove it as an issue.”

Key reckoned, however, that porpoising could well be something teams never get rid of completely, and drivers may have to live with at certain tracks.

“I think there's probably always going to be a bit of inherent ground proximity reaction like that, because they are ground effect cars,” he added.

“I think its inherent, and that's why we're seeing it now. But I think we'll learn to manage it.

“There's still an awful lot to find in these cars and a huge amount to learn. So I don't think the phenomenon can be eradicated, because it's a physical thing. But in terms of managing it, I think it can be significantly less of an issue and a talking point after a little bit of development work.”