Formula Renault 3.5 championship leader Carlos Sainz Jr insists that he could still have a future with Red Bull, despite being overlooked for a promotion to Formula 1 for 2015

The Spaniard appeared to be at the head of the queue of Red Bull juniors to land the next available seat at Toro Rosso in F1, but the energy drinks firm's shock decision to give Jean-Eric Vergne's seat to Formula 3 rookie Max Verstappen ended Sainz's hopes.

However, Red Bull motorsport chiefs met with Sainz in Austria in the week following the announcement of Verstappen, and the 20-year-old said that the discussions went well.

"At least there was a positive that I had a meeting with them and they want to keep helping me in the future and they want me to still be part of the Red Bull family," Sainz told AUTOSPORT.

"This meant that they think I have something special still. They want to keep me.

"I don't know in which position or which role, but it gives me a lot of confidence that they haven't kicked me out.

"This is a relief and has me thinking that I can give them something."

Red Bull continued to support the career of Antonio Felix da Costa after he was overlooked for an F1 seat last year, as its motorsport boss Helmut Marko put the Portuguese racer in contact with BMW over the winter, and it now backs his entry in the DTM.

Sainz returned to action in FR3.5 at the weekend in Hungary after the championship's two-month summer break, during which time Red Bull's decision on Verstappen was made.

"Obviously it was not an easy summer for me," Sainz added. "When you have news like that it's tough to take.

"Even if the decision was not to my liking - because my only target is to be in F1 next year - I have to be very grateful for everything Red Bull has done for me.

"Not many people get the opportunity that I've had. Without Red Bull I wouldn't be here fighting for this [FR3.5] championship. 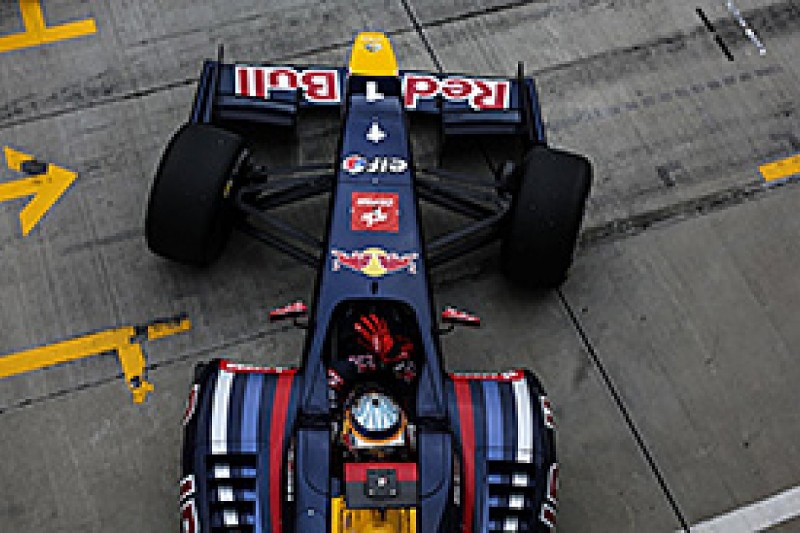 "I felt like I was fully ready for an F1 seat next year. I have never felt more confident and more ready for Formula 1.

"But Red Bull takes all the decisions in my career, and they have taken that one, so I have to respect it."

Sainz is bidding to become the first Red Bull junior to win the FR3.5 title, and he admitted it would "be a strange case" if he achieved that and did not earn a promotion to F1.

"I'm taking the option of focusing on the present and fighting for this championship," he said.

"If I want another door to open, I can do that by winning here.

"My focus is to win this and surprise everyone in everything that I do."