Although the team is in a solid fourth place in the constructors' championship, Sainz is sceptical of the team being able to make enough gains in the short term to shake off its nearest rivals.

"I don't think we are going to be able to break out of the midfield in the second half of the season," he said when asked by Autosport about his predictions for the rest of 2019.

"We might bring a few tenths to the car which will be great, but everyone else is going to bring them, so we need to be careful.

"What we need to make sure is that we learn the right steps to do on the car this year and learn them for next year.

"That is the main target for the second half of this season: learn about this car to make sure that we put all the things in the right place for next year's car."

McLaren went into the summer break 39 points clear of fifth-placed Toro Rosso in the constructors' championship.

But Sainz's view was backed by team boss Andreas Seidl, who agreed that McLaren should not believe its fourth place was secure yet or that it could count on being 'best of the rest' on pace for the remainder of the season now.

"We have seen how quickly it can change and we have seen how close the others are in the race, so in the end it will depend upon track layouts and temperatures and things like that," he explained.

"It will also depend on how much more updates everyone will bring in the second half of the season and when everyone switches to next year's car. But it is good to have this gap at the moment in the points standing.

"For us it is important to not get carried away with that. It's heads down and make sure we keep fighting."

Although sceptical about the gains possible for this year, Sainz said the pace of the McLaren over a long stint in the Hungarian Grand Prix - when there was a stage when it was faster than Ferrari - has given tremendous cause for optimism.

"I was told on the radio that on the last five laps [of the first stint] we were faster than the Ferraris, so everybody was getting pumped up," he said.

"We are starting to see some progress on the car with the tyre management, so that last part of that first stint has given us hopes and ambition to know that we can keep closing on the top guys." 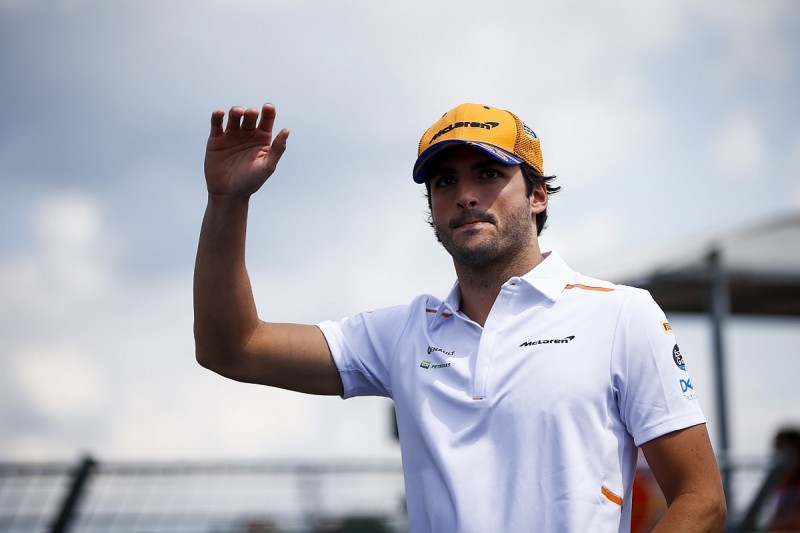 Hulkenberg tries a road car made with F1 tech