Carlos Sainz has urged his Ferrari Formula 1 team to keep working on improving its pitstops after yet another issue cost him in the United States Grand Prix.

Sainz has been hindered by slow pitstops three times this year, at the British and Turkish Grands Prix and again in the Austin race last Sunday.

The Spaniard lost some 10 seconds at Silverstone, around five in Istanbul and three in the United States.

Sainz reckons the problems have cost him "quite a lot of points".

"The pitstop, well, unfortunate again," said Sainz after the US GP. "We need to keep looking at it and we need to keep improving as a team, because we are not happy with the situation.

"It has been a few pitstops now that we have been struggling with.

"From my side, I think it's the second consecutive and the third all season, so it's quite a lot of points there we are leaving on the table due to these small problems."

Sainz finished seventh at the Circuit of the Americas, some three seconds behind Mercedes' Valtteri Bottas and seven behind McLaren driver Daniel Ricciardo.

The Ferrari driver believes the slow pitstop potentially cost him fifth place, as he feels he would have undercut his McLaren rival with a normal stop. 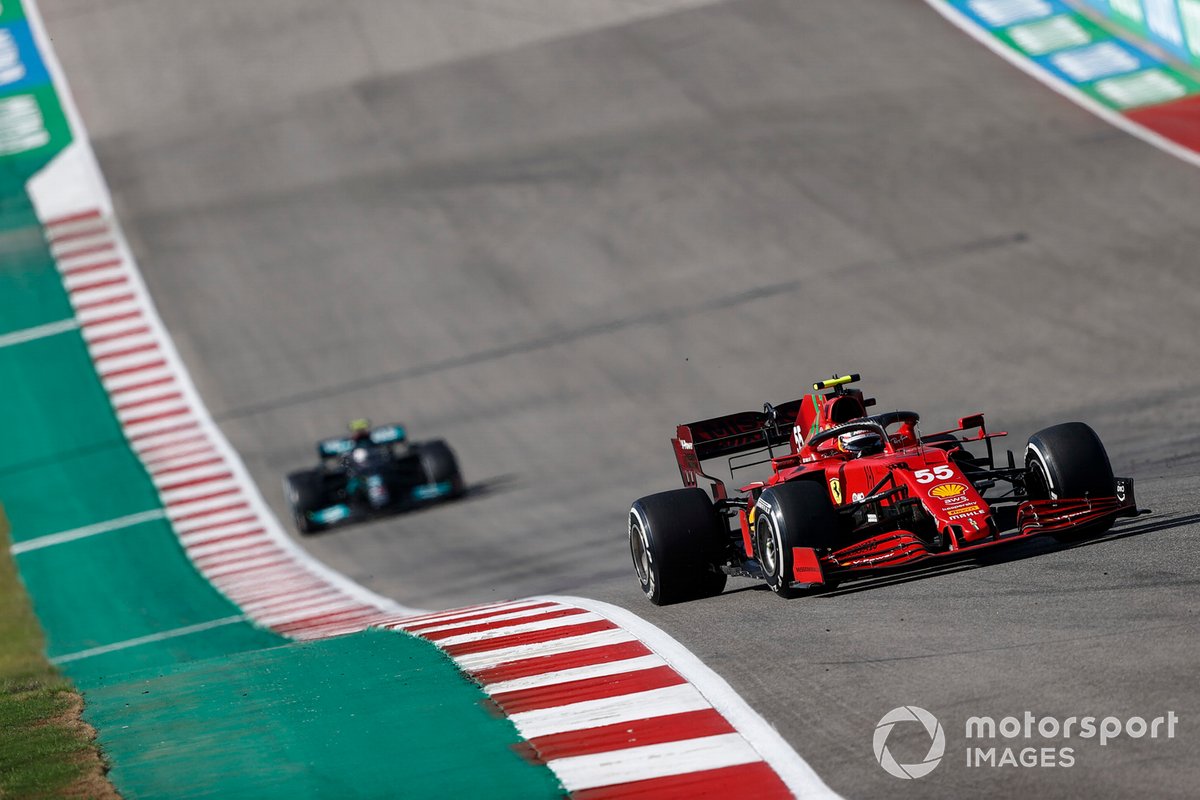 Sainz and Ricciardo made contact as the Spaniard tried to pass the Australian after his pitstop, but the Spaniard was unable to overtake him.

"I think I would have been fairly easy with the undercut there on Ricciardo, but it is what it is," said Sainz. "We need to keep working as a team to improve it. We need to keep improving a bit.

"There are points there that maybe this year are not so important, but if we want to be fighting for championships in the future, these are the kind of things that we need to become excellent at, and that we are maybe still lacking a bit."

The United States GP result saw Sainz drop behind teammate Charles Leclerc in the standings, having been ahead of the Monegasque since the Hungarian GP.