Carlos Sainz Jr says McLaren has been left with much to understand about its upgrade package, after he blamed it for his disappointing performance in Eifel Grand Prix qualifying

The McLaren driver only managed to qualify 10th at the Nurburgring, after his team elected to split the aero packages across its two cars. While Sainz ran the new bits, team-mate Lando Norris ended up eighth in qualifying having used the old parts.

Sainz said he was far from happy with how things had been, and felt that the new package had not delivered any improvement.

"Since FP3 I was not comfortable with the car," Sainz told Movistar TV. "I was able to improve during qualifying, but it still didn't go very well.

"I don't really know what to say, because when you put new things in, you expect to go a little faster than your team-mate. But as we saw with Lando in Russia, he also found it difficult to go with the new parts. We have a lot to analyse there."

Norris said he was glad that he wasn't running with the new parts, simply because of the extra challenge that comes from adapting to a different concept. 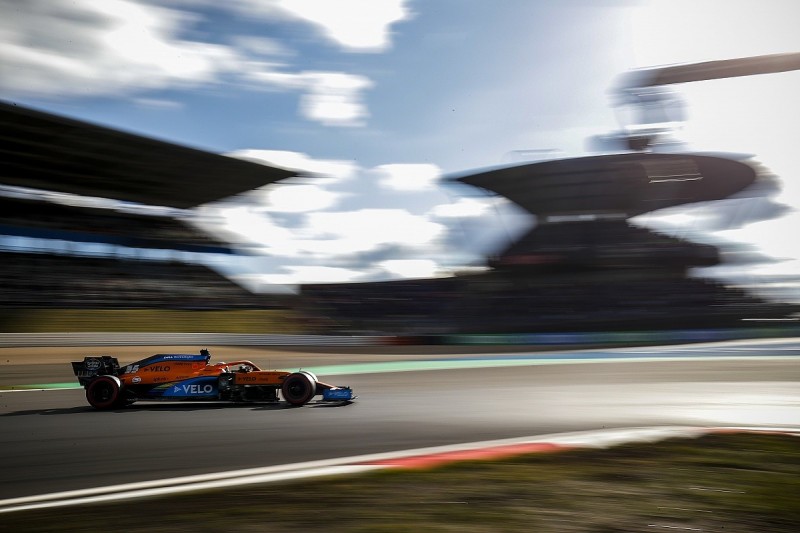 "It is more difficult just because it takes a bit of time to understand the package completely and when you only have one practice session like we had this morning it's hard to work out what's the best set-up for it and how to extract all the potential out of it," Norris explained.

"So that's the difficulty with having the upgrades, and that's what Carlos had to deal with. But I was very happy with sticking with what we knew, and it seems to have paid off. So I'm happy from my side."

Sainz was unsure whether the situation was made worse because the team did not get a full practice run on Friday to fine-tune the latest parts. But he said even without normal running, the new package should automatically have brought a step forward in performance.

"There is a lot of uncertainty and we lack a lot of knowledge with this new package," he explained. "I'm not saying it's not better than the other one, but usually when you put something new in, you always expect to go faster.

"This weekend I don't know if it's because there was no free practice on Friday or because we didn't develop it well."

He added: "Many question marks at the moment. I think I did a good job of developing through qualifying and getting the car in a better window, as we were very far off in Q1. But at the moment we are very far from where we want to be." 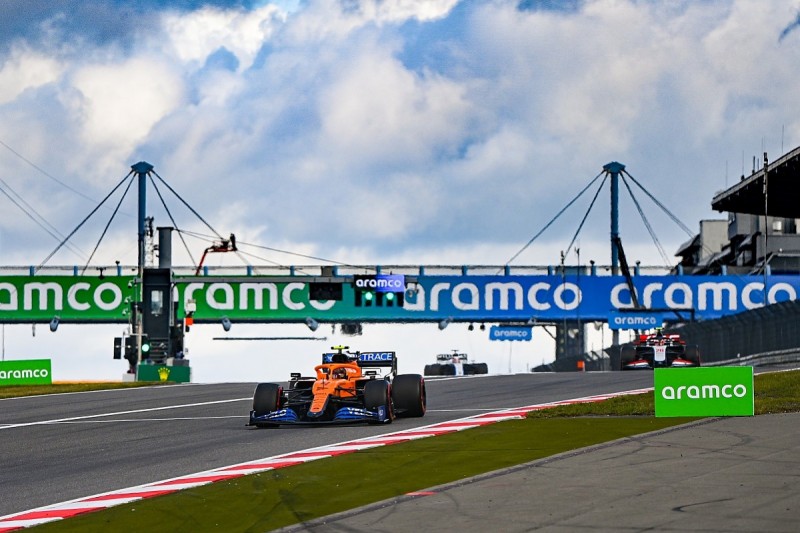 Sainz said that parc ferme restrictions meant there was nothing McLaren could do to recover the situation overnight, as he braced himself for a tough race.

"Parc ferme means we can change nothing to the car for tomorrow," he said. "So it will be more a day of trying to make some data gathering for the engineers and everyone back home.

"So far, not very happy. It hasn't been a very good day for me. It wasn't a good weekend for Lando in Russia with the new package. So I don't know. We need to double check everything."