A sad Mick Schumacher says the retirement of Sebastian Vettel from Formula 1 will leave a "huge hole" in the sport.

Vettel announced on Thursday morning that he would be stepping away from F1 at the end of the season, bringing the curtain down on a career that netted four world championship titles.

His departure from grand prix racing has special significance for Schumacher because the pair have forged a close relationship since they have been racing against each other in F1.

Schumacher has often leaned on Vettel for advice and the pair often spend time with each other away from the track.

Having been told by Vettel via text message on Thursday morning that he was retiring, Schumacher confessed that he was not overjoyed at the news.

“He is obviously going to leave a huge hole in the sport, because he's such a character in F1, and such a special person. But he’s also such a likeable person. So I'll miss him very much.”

Schumacher said that losing Vettel was not just going to impact his time at the track. 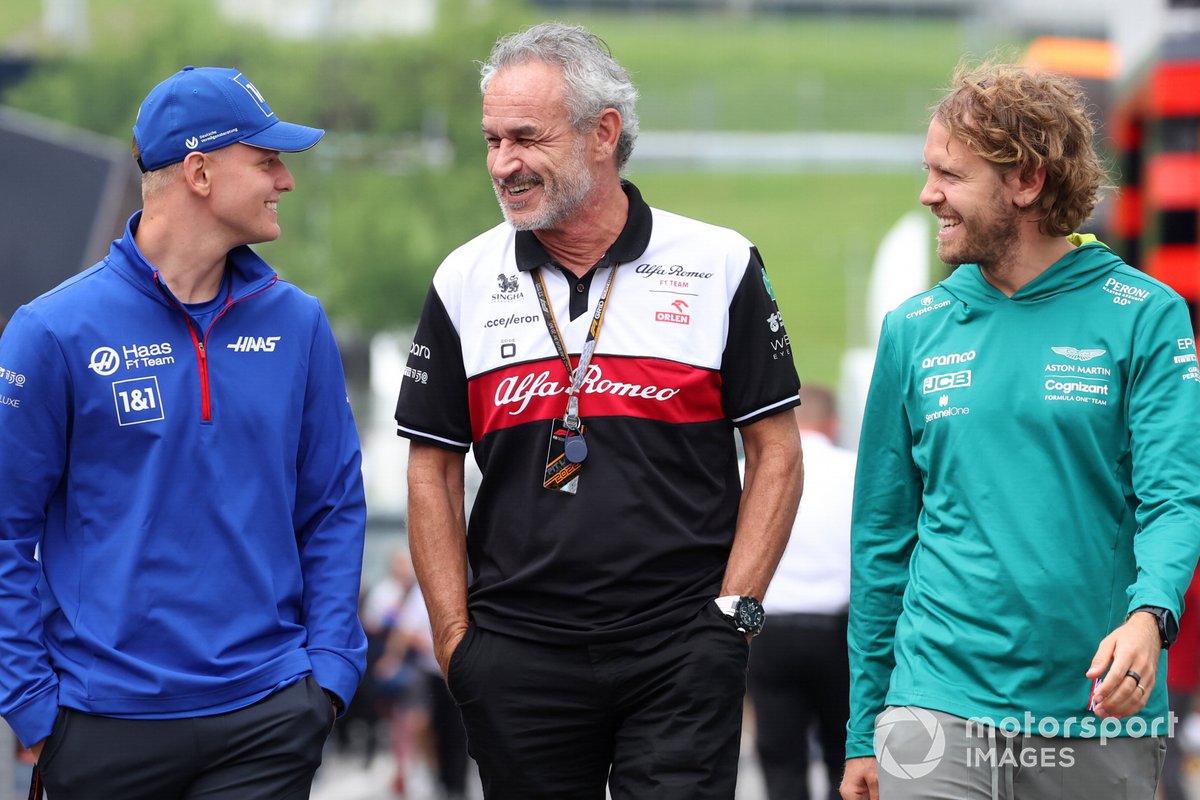 “It's much more than just the races,” he said. “It’s being able to go visit him in the evenings and have dinner with him. That's what I'm really going to miss.

“He’s just somebody that I'm able to talk to in my own language. He's going to be super, super missed by everybody, but especially by me.”

Asked if he was surprised at Vettel’s decision, Schumacher said: “I wouldn't say surprised. I mean, I know Seb pretty well. I feel and I know that he's got other things that he wants to do.

"And at the end, I feel if he feels it's the right time, then he should do it. And I feel sometimes it's also just a matter of gut feeling. So I support it 100%.”

With Vettel having earned respect for his outspoken views on a number of topics – including the environment and human rights, Schumacher joined other drivers in saying the Aston Martin driver’s absence would be felt in the paddock.

“I think nobody can replace Sebastian,” added Schumacher.

“That's a fact. If it's not on track, it's in a political way, and I think that yes, it is important to have somebody who speaks up and also attacks those points.

“But I think Sebastian has not stopped yet. As he said in his video, there's more to come.

"And I'm sure that we can all learn from what he still has to say. I'm sure that he will still have a big voice in F1 even if he's not himself driving.”

Schumacher did think, however, that Vettel’s attitude had prompted a change of attitude from other drivers that encouraged them to be more confident in venting their true feelings as well.

“I think he threw the snowball into the get go,” he said. “It's building and it's getting bigger. And with that I'm sure there are more drivers that are starting to speak up, and also speak their minds. But again, I think there's nobody that can replace Sebastian.”

GP Racing Podcast: Will the next British champion please stand up