Verstappen was only fourth fastest in the first part of the session using medium rubber, a quarter of a second off the pacesetting Ferrari of Charles Leclerc but just 0.001s slower than Lewis Hamilton.

Leclerc was the first of the frontrunners to set a time on softs to consolidate his position at the top of the timesheets, posting a 1m33.497s on his first flier and gaining six and a half tenths on his previous best time.

With half of the 90-minute session remaining, Verstappen then crossed the line to set a time of 1m33.163s, which put him 0.335s clear of Leclerc despite admitting he did not have a perfect final sector.

Verstappen, who like all the Honda-powered drivers carries a five-place grid penalty thanks to the introduction of a new V6, set first and third sector times on his quickest lap that stood as the best of the session.

Mercedes driver Valtteri Bottas set the fastest middle sector time of the session on his way to third-fastest overall.

The Mercedes drivers were among the last to set quick laps, with Bottas outpacing Hamilton by 0.152s.

Hamilton set his time just before Bottas and briefly held third place before being shuffled back by his team-mate.

Ferrari driver Sebastian Vettel only gained 0.104s on his quick lap compared to his medium-tyre run, leaving him 1.039s off the pace in fifth.

Toro Rosso driver Pierre Gasly shaded Racing Point's Sergio Perez in the battle for best of the rest, with his pace in the final sector key to prevailing by 0.029s.

Nico Hulkenberg was eighth fastest for Renault ahead of the second Racing Point of Lance Stroll.

Alex Albon spent the majority of the session in the pits after an early eight-lap run on mediums thanks to a kerb strike that split the floor and caused an oil leak.

He returned to the track in the final 20 minutes after a floor change, having a near-miss with Hamilton in the long Turn 3 left-hander when he squeezed the Mercedes onto the inside kerb.

Albon went on to improve with a minute remaining to take 10th, 2.054s off the pace and just seven thousandths quicker than Lando Norris.

Daniil Kvyat put the second Toro Rosso 12th of the lead Haas of Kevin Magnussen, with Daniel Ricciardo - who ended the morning session with a deranged rear wing after spinning into the barrier - 14th. 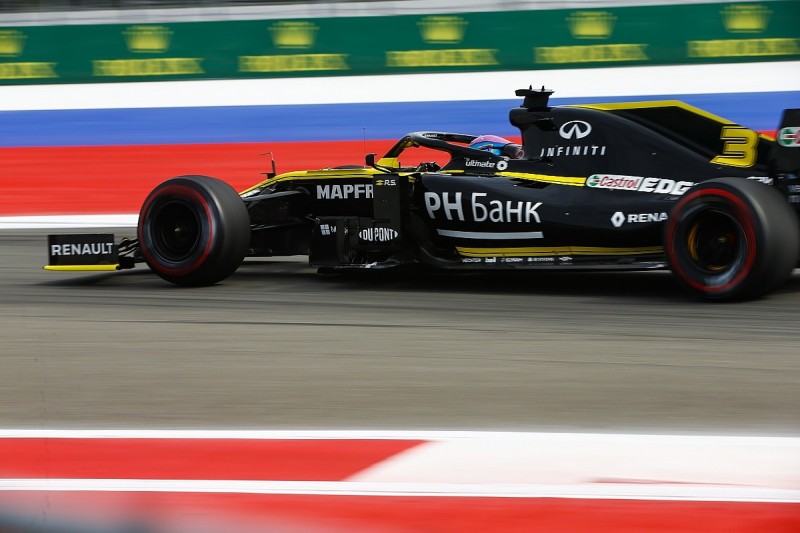 Antonio Giovinazzi was 18th after a lock-up and off at the Turn 13 right-hand on his first qualifying simulation lap, and later found a slight improvement on his medium-shod run but was still 2.842s off the pace.

George Russell won the intra-Williams battle at the back in 19th, a second faster than Robert Kubica.

What teams do during F1's most boring sessions