George Russell says he is planning to call Valtteri Bottas in the coming days to clear the air following their Formula 1 crash at Imola on Sunday.

Williams driver Russell retired from the Emilia Romagna Grand Prix after colliding with Bottas at high-speed on the approach to Turn 2 as they battled over ninth position.

Russell and Bottas blamed each other for causing the crash in the aftermath of the incident, which sparked a red flag and almost wrote off Bottas’s Mercedes car.

Russell said Bottas broke a gentleman’s agreement between the drivers about movements at high-speed - something Bottas denied, who said that he was “clean” and did not change his line.

The stewards deemed the crash to be a racing incident, but did confirm that Bottas’s line heading to the corner was unchanged.

Following the crash, Russell went to the cockpit of Bottas’s car and “asked him if he was trying to kill us both”, having also called him a “fucking prick” on team radio.

Russell said after the stewards’ meeting that he would talk to Bottas about the incident to clear the air in the coming days.

“Valtteri and I will talk afterwards and we will clear the air,” Russell said.

“Obviously in the heat of the moment, there are a lot of emotions, but I’ve got no intentions to hold any grudges or have any bad relationship with any driver on the grid.

“I mean it is in my intentions to clear the air with him. I’m sure we will probably have a phone call this week just to put it behind us and move on. 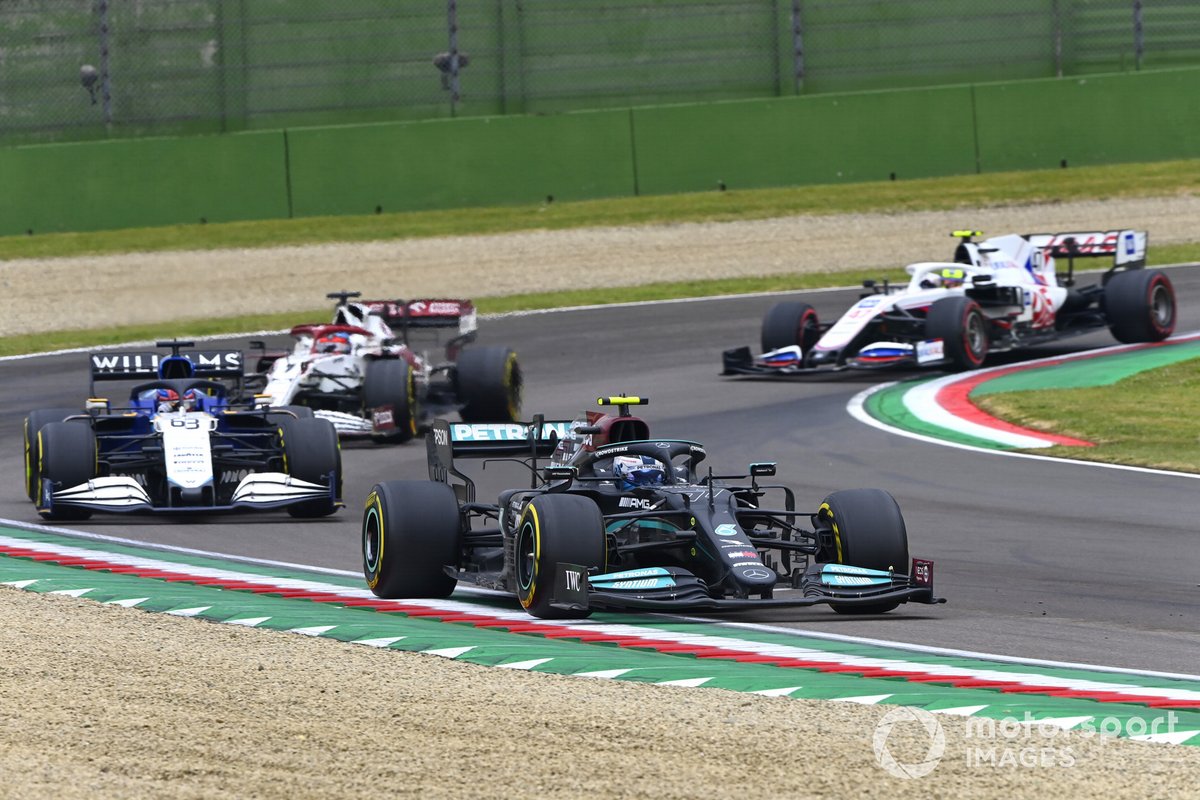 “We’re all racers. We’re all battling for position. And at the moment it’s incredibly disappointing, sour, for all of us. You know, your heart stops for a moment when you crash at over 200 miles an hour. You just don’t know what’s going to happen.

“My anger towards him at the time was more that I thought he put us both in harm’s way and it was an incredibly scary incident to be honest, at that speed.

“Fortunately we both walked away from it with no battle cars. But obviously it could have been very different.”

Russell said in the immediate aftermath of the incident that he did not understand why Bottas was defending in such a fashion for ninth place, adding: “Perhaps if it was another driver, he wouldn’t have.”

Russell is a member of Mercedes’ junior programme and has been tipped as a possible replacement for Bottas in 2022.

Asked about the comment, Russell said: “There is no tension at all between Valtteri and I.

“But obviously you can take that comment as you wish really. I think it was pretty clear how it was intended.

“But maybe I’m wrong. Maybe he’s just fighting for absolutely every position. And as I said, he is his right to do so.”

Russell’s suggestion was labelled “bullshit” by Mercedes team boss Toto Wolff, while Bottas himself said he had “lost my aluminium foil hat somewhere”, calling it “quite a theory."