The Formula 1 race stewards have opted to take no action over Valtteri Bottas and George Russell’s clash in the Emilia Romagna Grand Prix, calling it a “racing incident”.

Bottas and Russell crashed out of Sunday’s race at Imola after colliding on the approach to Turn 2 when battling over ninth position.

Russell’s Williams speared to the left and into the Mercedes of Bottas, causing significant damage to both cars and leaving debris strewn across the track, causing a red flag.

Both drivers were quick to blame each other, with Russell claiming Bottas broke a gentleman’s agreement over minor movements at high-speed.

The stewards confirmed shortly after the incident that they would be investigating the matter after the race, meeting with both drivers and representatives from Mercedes and Williams.

In a bulletin issued by the stewards after the meeting, it was confirmed that no further action would be taken following a review of the videos and car telemetry.

The stewards deemed that Bottas “maintained his line throughout the incident along the right-hand side of the dry line, leaving at least a full car’s width to the right at all times”.

When Russell moved to pass Bottas on the right, “the gap between them and the right-hand side of the track decreased”, leading to the crash. 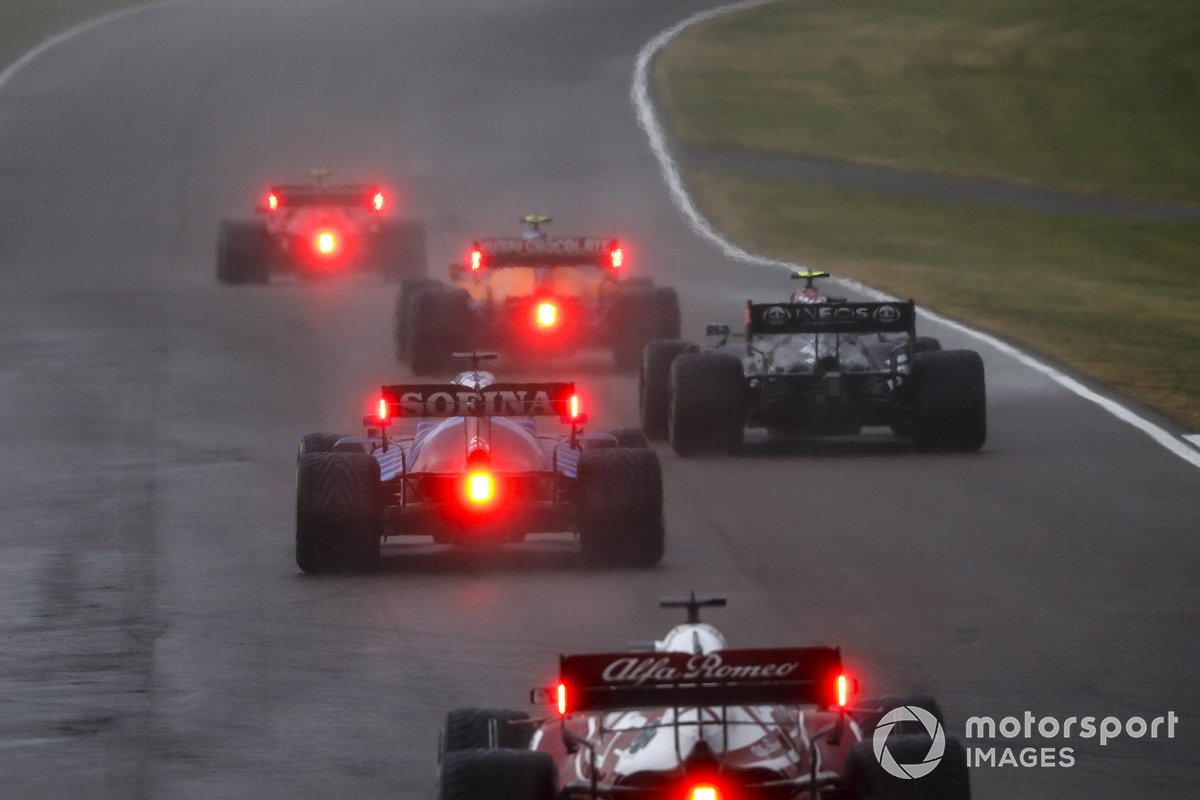 The stewards wrote: “At no time did either car manoeuvre erratically. The track appeared to be not especially wet through Turn 1 but at the point of closest approach to the right hand-side of the track, the right-hand side tyres of car 63 hit an especially damp patch and the car snap yawed, bearing in mind that the car had low downforce in the rear with the DRS open.

“The stewards conclude that the accident was a racing incident considering the conditions and take no further action.”

Asked by Autosport about how he defended, Bottas denied that he had broken any agreement between the drivers.

“I don’t see it that way at all, I didn’t make any sudden moves,” Bottas said.

“I think it’s quite clear from his onboard as well, I always left a space. No, from my side, it was clean.

“Of course I’m defending, I’m not going to make any room for him. But also when I race, I have respect. So I see it differently to him.”