George Russell sees nothing that points to Mercedes not being able to make the step it needs to fight for the Formula 1 world championship in 2023.

After a difficult start to last season, as Mercedes battled excessive porpoising with its W13, the German car manufacturer made good gains over the second half of the year.

Russell was able to deliver his maiden victory at the Brazilian Grand Prix and his bosses are bullish that the lessons they took on board will put them in good stead for the design of the new W14.

Speaking to Autosport, Russell believes that the rate at which Mercedes progressed once it got on top of its problems points to a further upward trajectory for the battle ahead.

Asked about Mercedes’ prospects of being in the title battle with Red Bull and Ferrari in 2023, Russell said: “I think when you look at the development we have brought this year, and the rate at which we’ve closed the gap, there’s nothing telling us we can’t achieve this.

“We’ve been pretty clear now for about two months which targets we have to hit in terms of development. And I am pretty confident if we do achieve that, we will have a car that we can compete with Red Bull.”

Russell says that Mercedes’ end of season strong form was a complete contrast to the scale of the difficulties that the squad faced early in 2022.

“At the start of this year, we qualified behind Alfa, and behind Haas,” he said. “I remember in Imola, I finished fourth but I was the same pace as Lando [Norris], and I had Valtteri [Bottas] chasing me down in the Alfa. 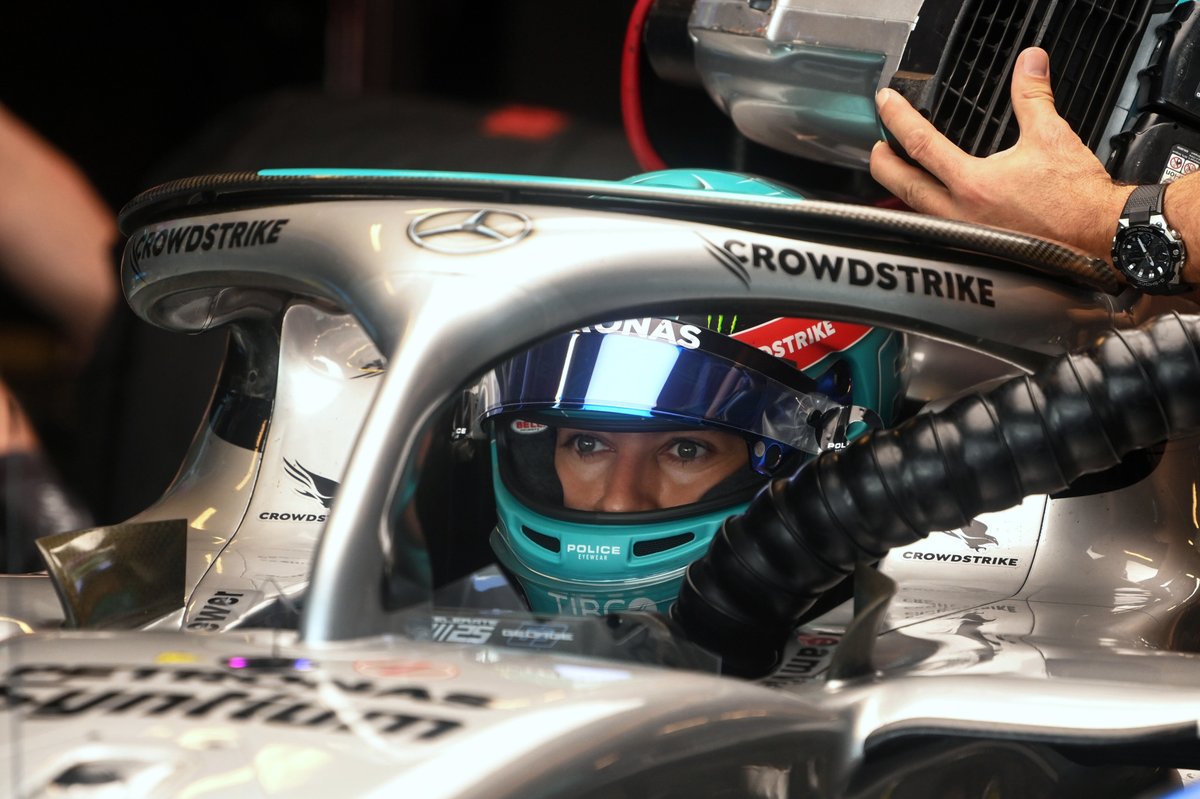 “They were quicker than us in that race and Lewis was in P10 or P9. But you look at us now, and where we are in comparison to those cars that probably haven’t had the similar development as the likes of Ferrari and Red Bull, we’ve made massive strides.

“The fact now we were in a position to fight for race victories shows a lot. So, I’ve got every bit of confidence in this team.

“Maybe straight out of the blocks, we weren’t the fastest car because of where we were coming from. But the rate of development, I’ve got every hope that we can definitely fight for the championship.”

Russell thinks that both he and Mercedes also need to ramp up their preparations in being able to deal with the challenge of what could be a 24-race calendar.

“The seasons are definitely hotting up,” he said. “It’s going to be one of the challenges, for sure - one of which, you wish you can do a better job than your competitors.

“We will definitely have a sit down with the team, with my personal team, to see how we can be the most efficient across the season, and make sure not only I, but everyone in the team performs at their A-game over such a brutal season.

“It’s definitely a challenge, one of those which just adds to the challenges of F1.”