Valtteri Bottas was impressed by Alfa Romeo team-mate Zhou Guanyu’s lack of mistakes through his rookie Formula 1 season, calling it his “biggest strength.”

Zhou graduated to F1 last year with Alfa Romeo, forming an all-new line-up at the Swiss-based squad alongside Bottas, who joined from Mercedes.

While Bottas was responsible for 49 of Alfa Romeo’s 55 points in 2022, Zhou drew praise for his performances through his rookie campaign, scoring a best result of eighth place at the Canadian Grand Prix.

Bottas agreed with the suggestion that Zhou had surprised many through his first F1 season, noting there had been very few errors compared to many other rookies.

“The biggest strength this year has been that he really hasn’t made any mistakes,” Bottas told Autosport in an end-of-season interview.

“It’s not guaranteed as a rookie, and it’s a sport where it’s easy to try too much and too hard and make silly mistakes.

“But he’s been good on giving himself some time to develop and not wanting things too quickly. He’s been able to progress step by step, both in qualifying pace and then in race pace.

“His technical knowledge is getting better and better, he’s getting more confident on choosing the set-up for him. It’s been good to see the progress.” 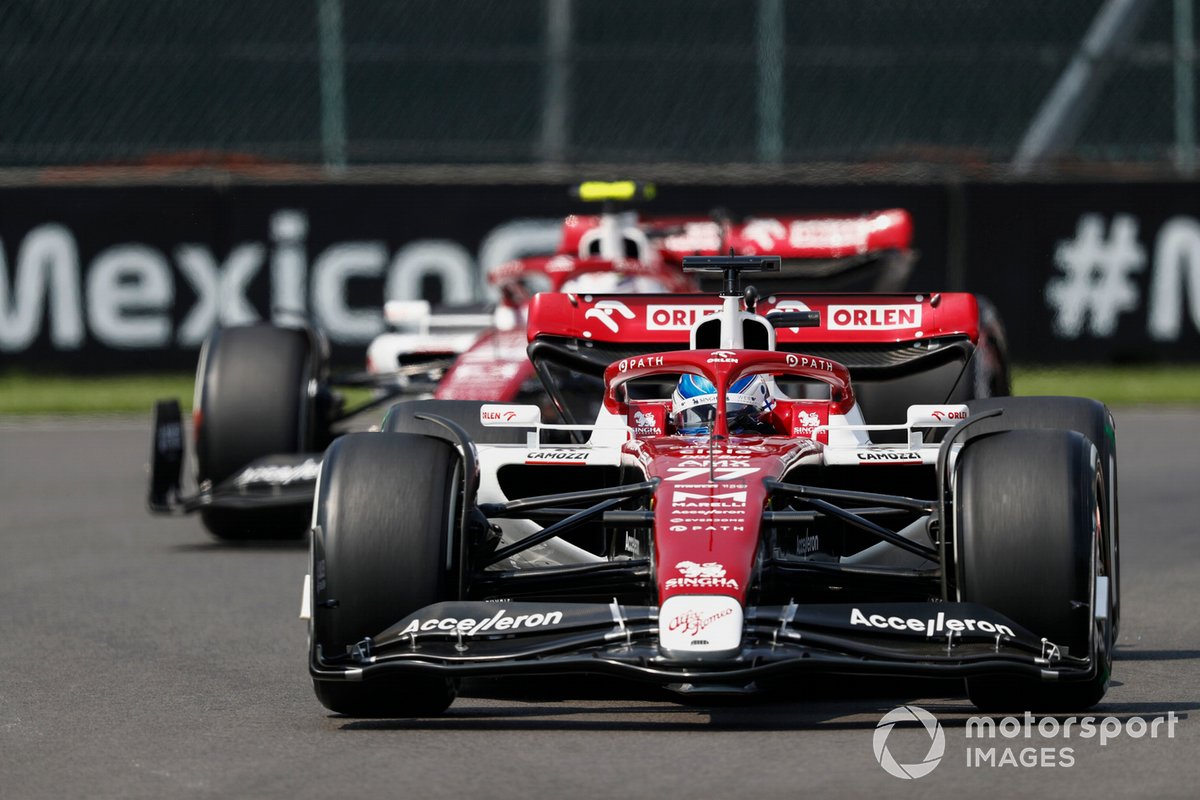 Zhou made big steps forward with his pace through the second half of the season, regularly challenging Bottas and doing enough to secure a contract extension to remain with Alfa Romeo for 2023.

Bottas felt he and Zhou made “a really good team-mate pairing” and there was “really good respect both ways.”

Bottas added: “We can work together really well. That’s important for a team that is trying to make progress, because if you have team-mates that are crashing into each other on-track, it’s not helping anything.”

Outgoing Alfa Romeo F1 boss Frederic Vasseur told Autosport that Zhou “did very well” through his rookie campaign, noting he had lost a number of chances due to reliability when the car was at its quickest.

“This cost him a lot of points at the beginning of the season,” Vasseur said.

“But he’s doing well. For me, there was no reason to change [driver].”