George Russell believes Mercedes has a “real shot” against Ferrari in Sunday's Formula 1 Spanish Grand Prix, predicting it will be a “chaotic” race with high tyre wear.

Mercedes drivers Russell and Lewis Hamilton qualified fourth and sixth respectively on Saturday, but both felt the team had made a big step forward to solve its porpoising problems thanks to the updates brought to Barcelona.

Hamilton said the updates gave Mercedes a “glimpse of hope” after struggling in the early part of the season, while Russell felt confident it would put the team more in the mix with Red Bull and Ferrari ahead.

Despite seeing Charles Leclerc take pole and Carlos Sainz qualify third on Saturday, Russell was upbeat about Mercedes’ chances against the Ferraris in the race.

Russell explained that tyre degradation was set to be a decisive factor and, while he expected Max Verstappen and Red Bull to hold an edge in the long runs, he was hopeful of Mercedes’ chances to get in the fight for the podium.

“I think Max looks much quicker than the rest but I think we've got a real shot against Ferrari, unless they've found some gains overnight.

“I think we'll be in the mix with them. So we'll be going for it and try and fight for a podium.” 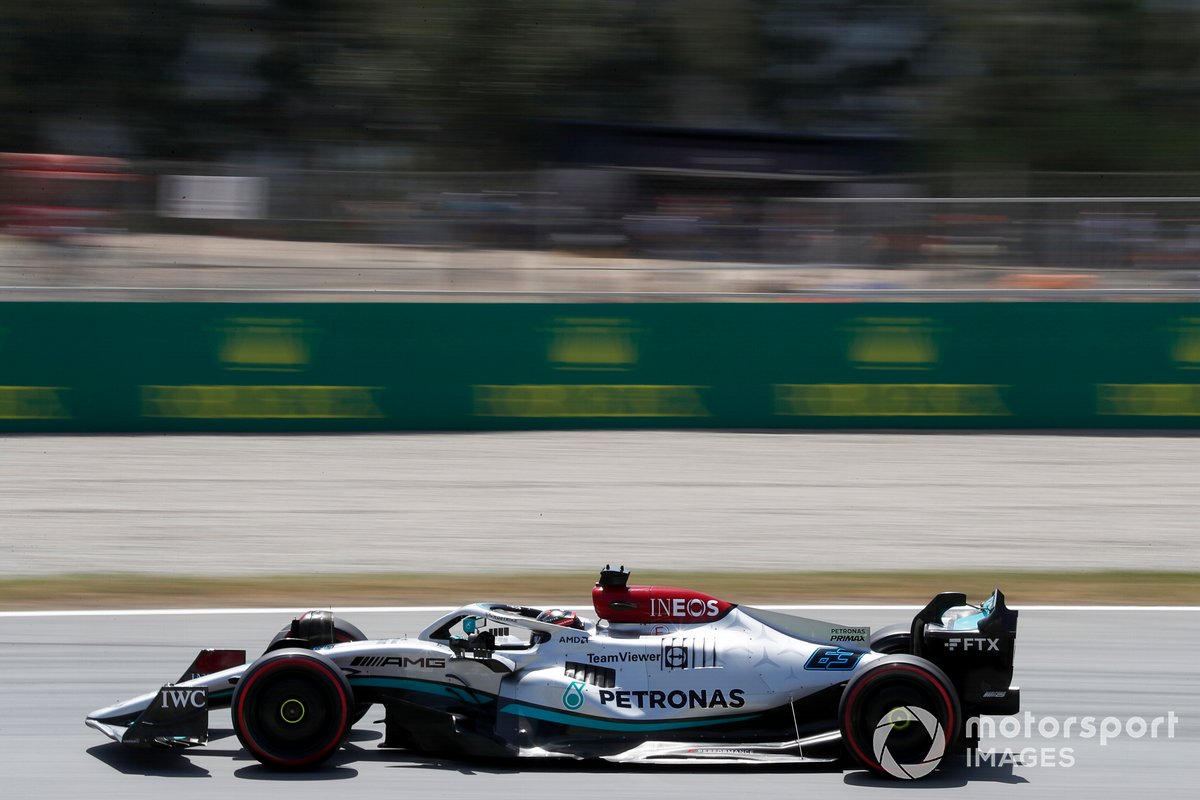 Autosport’s calculations from the long runs in practice on Friday showed that both Hamilton and Russell were quicker on average than the Ferrari drivers during their longest stints on the C2 compound.

Hamilton recorded an average of 1m26.397s over seven laps, two tenths of a second quicker than Russell’s average taken from eight laps. Sainz’s average was 1m26.532s, one-tenth up on Leclerc’s of 1m26.687s.

Leclerc reported struggles over the long runs during FP2 on Friday, prompting Ferrari to complete some additional high-fuel spells in final practice on Saturday morning.

Russell predicted the “massive” tyre degradation on the abrasive surface at the Circuit de Barcelona-Catalunya would make it “one of the trickiest races of the season, even worse than Bahrain”.

“We've got to put our thinking caps on tonight and try and find the best solution,” he added.