Russell knows where he'll drive for F1 2022, was informed before Spa

George Russell says he knows which Formula 1 team he will drive for in 2022 and that he “verbally” learned of the decision over a potential Mercedes promotion before Spa.

But the Briton still has “no news” to announce regarding Mercedes’ decision on whether to promote him to its works team as a new team-mate to Lewis Hamilton in place of Valtteri Bottas, or keep him at Williams for a fourth successive season.

Speculation continues to mount over the F1 futures of Russell and Bottas, with Kimi Raikkonen’s announcement that he will retire from a grand prix racing career that has spanned 20 years viewed as the first domino to fall in a series of seat moves, with rumours suggesting Bottas will be the Finn’s replacement at Alfa Romeo and Russell likely getting his drive at Mercedes.

Mercedes motorsport boss Toto Wolff confirmed last weekend that his team had already taken its decision over which driver it will run alongside Hamilton for next year. 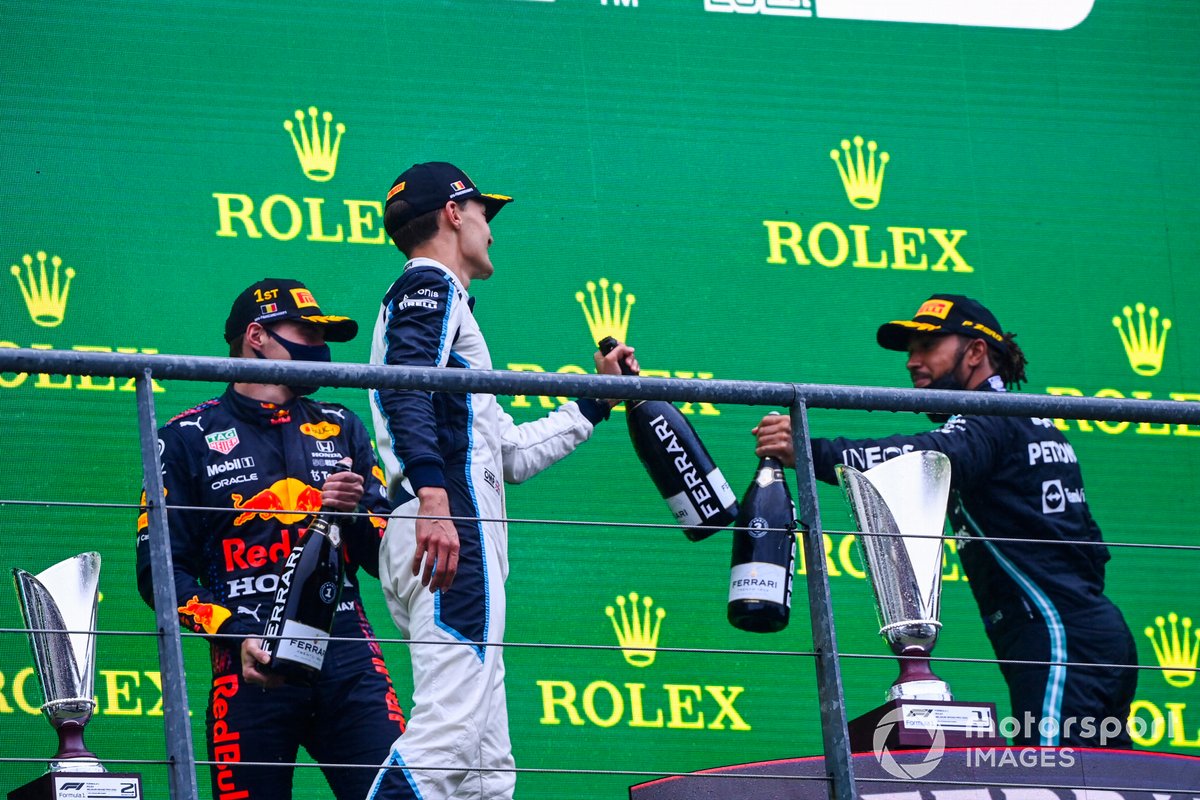 Russell, who officially scored his first podium finish in the abandoned Belgian Grand Prix after starring in that event’s wet qualifying session, was repeatedly asked about his 2022 situation at the pre-event press conference for this weekend’s race at Zandvoort.

After being asked if he already knows where he will be driving next season, Russell replied: “As it currently stands, I have no news to announce really.

“Same position as we were in Spa last week [where Russell and Bottas were coy on the subject of their respective futures].

When pressed to answer the same question again, Russell said: “Yes, I know where I’ll be driving next year.”

Later on, Russell was asked at what point he had been informed of the decision on his 2022 drive, to which the Williams driver, after a long pause, replied: “Verbally, before Spa.

“As I said [previously], I’m not going to sit here and lie and not say the truth.

“The truth is: there’s nothing to announce, but, as I said, I’m aware of the situation of where I’ll be racing next year and I was informed prior to Spa, just prior to Spa.”

Hamilton, who has previously suggested he would prefer Mercedes to keep Bottas for 2022, due to the harmonious relationship the pair have had since 2017, was also asked about how he foresaw a potential partnership with Russell.

“I think it would be quite good,” said Hamilton, who was speaking in an earlier press conference slot at the returning Dutch GP.

“I honestly think he’ll be good. I think George is an incredibly talented driver, clearly. I would say probably the only highlight from last week was his qualifying lap – it was amazing.

“Naturally being British, I would imagine probably helps, in terms of communication.

“I like to, at the moment, naturally, I have to be very super supportive of the team-mate that I have right now.

“So that’s why I’m always supportive of Valtteri, because we have a job to do right now. Neither of us can win the team championship alone. We have to do it collectively, right?

“[George is] the future, he’s one of the members of the future of the sport.

“So I think he’s already shown incredible driving so far, and I’m sure he’s going to continue to grow.

“So where better to do it than in a great team like this, or whatever team he goes to.”