George Russell admits he can only target fifth place on merit in the Saudi Arabian Grand Prix after a frustrating qualifying session for Mercedes on the Jeddah Formula 1 street track.

Russell and team-mate Lewis Hamilton took different set-up directions prior to qualifying, and it was clear that the former had the better option.

Hamilton struggled with the rear end of his car and was knocked out in Q1 in 16th place. Russell just made it through to Q3, and ultimately earned sixth on the grid.

As expected, he was beaten by the four cars of the Red Bull and Ferrari teams, but he was also outpaced by the Alpine of Esteban Ocon.

Asked by Autosport if he was relieved with the final position, especially given that he was only 10th in Q2, Russell made it clear that it was still far below where he and the team expect to be.

"No, not really, to be honest," he said. "We're not here to be battling for P5, P6. As a team, it was a very difficult day. The car is really on a knife-edge, and getting it in the right window is so difficult.

"Lewis and I went down different set-up routes. Clearly it didn't work out, and it's pretty clear in the data.

"So as a team, it's a bit of a shame. From my personal side, I think I would have definitely been pleased with P5, half a tenth away.

"It was possible, if I really put absolutely everything together. But that's just where we are at the moment. 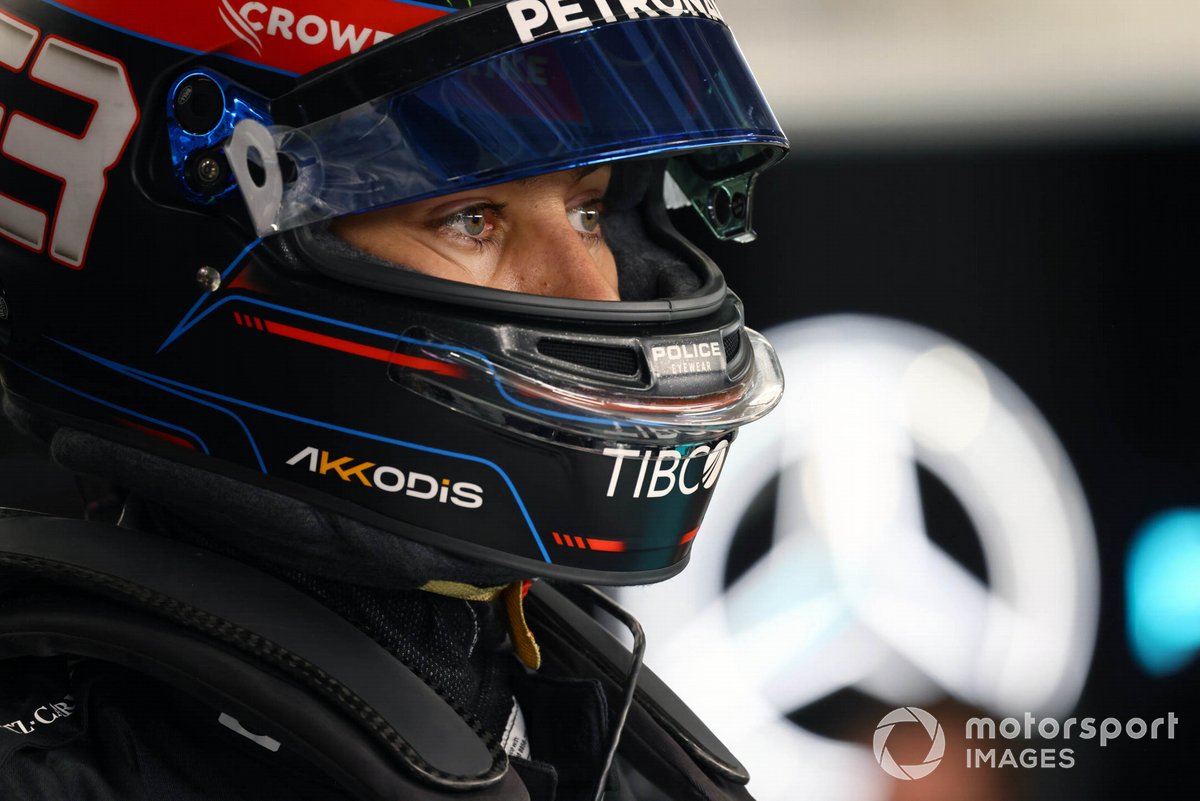 "It's tricky, because we put in all of our effort into solving this porpoising issue. And it's not allowing us to focus on other things.

"As a driver, it's not allowing me to focus on the driving as much, the fine tuning of the balance, the set-up; we can't really do it, because all of our focus is on solving this issue. So we've got work to do."

Asked about the importance of getting to the flag on Sunday he said: "We need to just maximise the result. I think P5 will be our on merit result.

"We're so far away from the front rows, best case P5, worst case in that region. We've just got to make sure we're in it towards the end."

Russell stressed that raising the ride height to mitigate porpoising remains the main problem that the team is chasing.

"Exactly the same as we've seen since day one," he said. "We have the porpoising issue. The only way to run is to raise the car very high. And obviously with this ground effects car, we lose all of the downforce.

"We know that if we can get the car on the ground there's a huge chunk of lap time there. But we can't achieve that at the moment. So we need to have a rethink."

Schumacher would have been "ready" to start in Saudi F1 GP