Aston Martin Formula 1 super-sub Nico Hulkenberg expects the Saudi Arabian Grand Prix to be the “hardest race” of his career to date.

The German also revealed that running in the team simulator at Silverstone last week was of limited help because the real experience of the Jeddah circuit is so different.

Hulkenberg was confirmed on Friday morning as replacement for the COVID-hit Sebastian Vettel for the second race in a row.

He qualified in 18th place for the Saudi Arabian GP, ahead of AlphaTauri’s Yuki Tsunoda who couldn’t set a lap time in qualifying due to a fuel issue, although both move up one place on the final grid as the Haas of Mick Schumacher has been withdrawn after his heavy crash during qualifying.

Hulkenberg said he felt better prepared than in Bahrain, where he was parachuted in with no testing, but conceded the Jeddah track is much more challenging.

"More preparation, more time,” he told Autosport. “But this track is something else, it's nothing to compare with the tracks that I've raced.

“It's so high-speed, for a street circuit, it's pretty mind-blowing, very demanding, very challenging, therefore.

“It was difficult this weekend to find the good confidence, to find the rhythm. And that continued in quali. There was more in it, I had a couple of tenths in me. But unfortunately, I didn't manage to string it together.

"Obviously the seating position and everything is a little bit more known, it's not that new anymore. But coming here on this track, despite doing simulator running, it still feels pretty new and fresh." 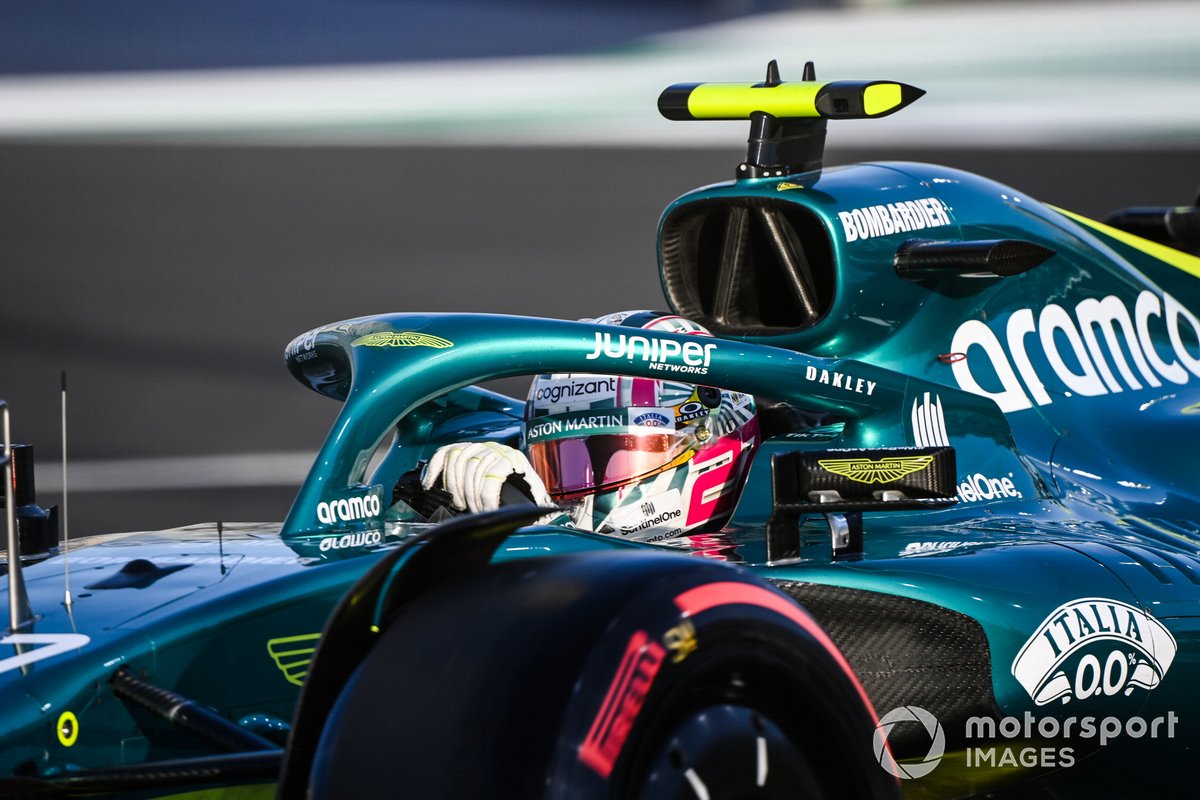 Comparing the real track with the Aston Martin simulator, Hulkenberg explained how the experience was different in several respects.

“Also in the simulator if you run offline, there's no dust, there's no low grip. So it's a very different sensation. And in reality, it's pretty intense.

“I mean, the race is going to be incredible. Probably the hardest race of my career is coming up, physically, but also just super demanding. So I want to get through it and help the team as much as I can."

He acknowledged that his priority on Sunday is to finish: "Collecting data, learning about the car for the team,” he said. “It's about seeing the flag and getting to the end and then maybe there could be opportunities."

Asked about the safety aspects of the track Hulkenberg said that it was up to the driver to judge how hard to push.

"It is tricky. Dangerous? I don't know. But definitely at high speeds things can happen, there is risk associated with racing, especially on a track like this.

“I always feel then if drivers feel scared or frightened, we're not forced. If you don't feel safe, you have the choice to lift off, and to not go where you feel unsafe. So it's also in the hands of a driver.

"Baku is obviously also high speed, but it's straight line more than anything, the cornering speeds are nowhere near what we see here. So it's definitely very unique and special."