Russell: F1 car weight now on the edge of being a safety issue

George Russell says the increasing weight of Formula 1 cars risks becoming a potential safety issue as an impact “is like crashing with a bus compared to a Smart Car”.

The new ground-effects cars that were finally introduced for the 2022 season are the heaviest in the championship’s history at 798kg.

That figure is actually 3kg up on the minimum weight target number for F1’s latest rules reset, but this was increased to incorporate the metal floor stays several teams ran throughout last season to improve their problems with porpoising, as well as because several standard parts came in heavier than expected when produced for the teams.

Car weight was also a major issue in terms of performance in 2022 at all teams bar Alfa Romeo – which hit the minimum weight target ahead of last season – as they struggled to get down to the limit due to the heavier standard parts and having to design their new machines with the heavier 18-inch wheels and new safety structure additions in mind.

The high weight total was a big factor in many driver complaints about the new cars, which performed as expected in high-speed turns due to their underfloor aerodynamic surfaces but struggled with understeer in slow corners – a problem exacerbated by Pirelli’s 2022 front tyre design. 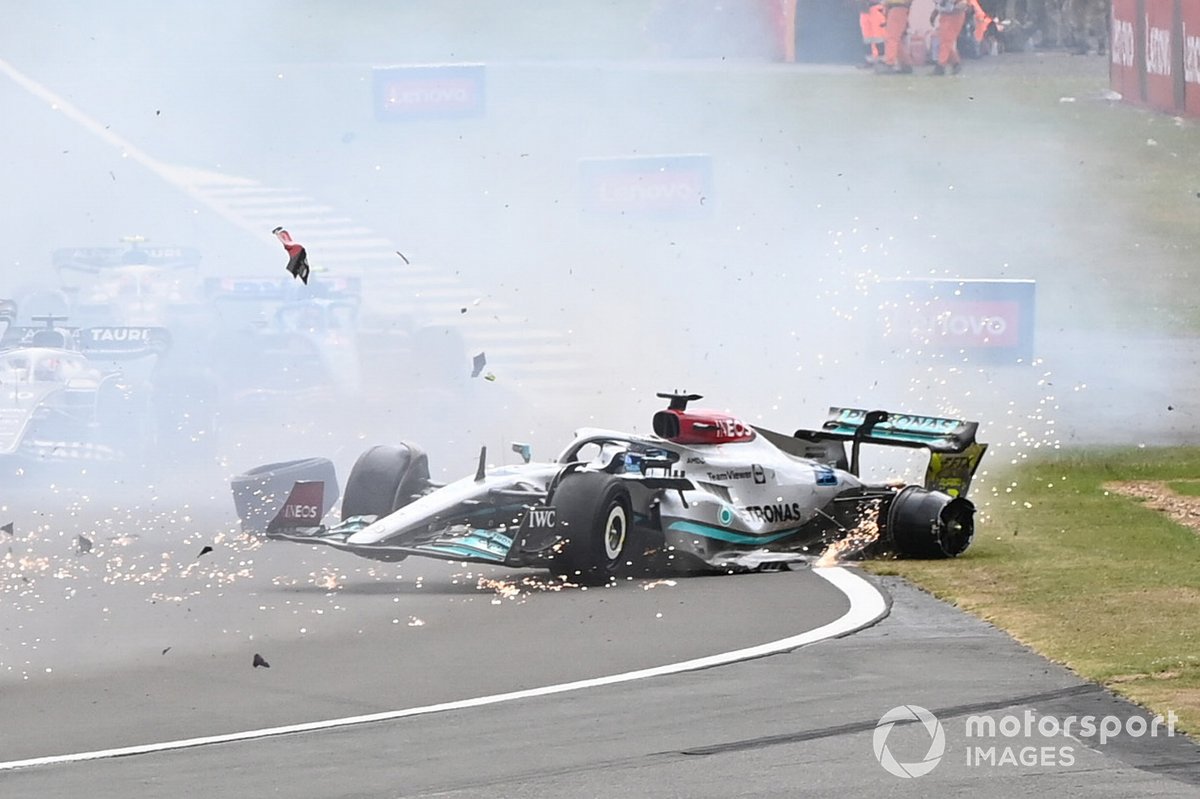 Speaking to Autosport regarding his thoughts on the handling of F1’s latest ground-effects machines, Russell said there are “a lot of positives to take from this regulation change” and also outlined his thoughts on how the high and seemingly ever rising weight figure could soon become problematic.

“The big one [issue] is the weight,” said Russell, who is also a director of the F1s racers’ collective organisation the Grand Prix Drivers’ Association.

“The weight is extraordinary. At the moment, the low-speed performance is not great.

“We keep making these cars safer and safer, but obviously the heavier you make them when you have an impact it’s like crashing with a bus compared to a Smart Car.

“You’re going to have a greater impact if you’re going the same speed with a car that weights 800-odd-kgs or over 900kgs at the start of a race, compared to one 15 years ago when they were at 650kg.

“And I’m sure there’s analysis going on about striking that right balance because I don’t know where the line is drawn.