George Russell doubts he will be able to go flat through Copse at Silverstone in the current Mercedes Formula 1 car due to the ongoing bouncing problem the team faces.

Russell joined Mercedes for 2022 after spending his first three years in F1 at Williams, but has spent the early part of this season working with the team to ease its car struggles.

Under the new regulations for this year, a number of teams have been struggling with cars bouncing and porpoising, with Mercedes being one of the worst-hit outfits.

It has limited the team to just five podium finishes in the opening nine races, leaving it behind Red Bull and Ferrari in the constructors’ championship ahead of this weekend’s British Grand Prix.

PLUS: What to expect from Mercedes as F1 returns to Silverstone

Mercedes took a step forward with its porpoising issue when it brought an update to the Spanish Grand Prix back in May, allowing the team to unlock more performance from its car - although Russell and team-mate Lewis Hamilton were still struggling with the car bouncing through the corners.

“It all caught us by surprise when we went to Barcelona, and we weren't porpoising down the straight, but then we got to the corners, the two high speed corners - Turn 3 and Turn 9 - and were all bouncing through the corners,” Russell told Autosport.

“If you listen to our onboard during quali, or the Ferrari onboard, you hear them like ‘crush, crush, crush’ through the corner itself in Turn 3 and Turn 9. Now that was at 250km/h - Copse is 300km/h.

“So, it's not going to be easy to navigate. But I think there'll be a number of teams in the same boat.”

Russell noted that he was able to go flat through Copse from opening practice onwards in his Williams FW44 car last year, which was one of the slowest on the grid.

“I'm pretty confident I won't be doing that this year, even though we've got a substantial amount more downforce at high-speed,” Russell said. 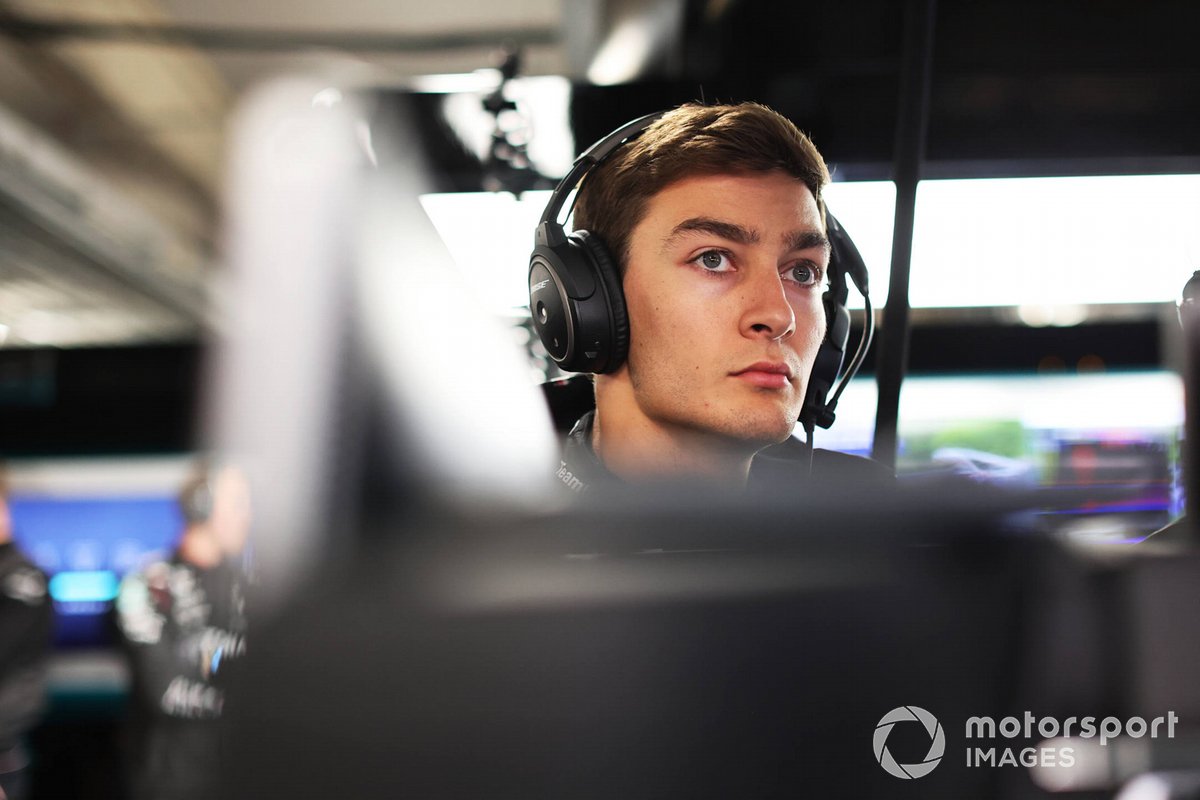 Although Russell said the feeling was “awful from within the car” through the high-speed corners in Barcelona, Mercedes was the fastest team through this complex, something he found “quite intriguing”.

Mercedes is set to bring further updates to the British Grand Prix in a bid to lift its form, arriving in time for both Russell and Hamilton’s home race at Silverstone.

Red Bull F1 chief Christian Horner tipped Mercedes to be a factor in the battle at the front upon returning to a more traditional track such as Silverstone, having struggled to compete on the street circuits in Monaco, Azerbaijan and Canada.

But Russell felt that as the team continue to find and address issues with its car, the shift in track specification was no guarantee of success.

“I think we've always known it's got a lot of potential,” Russell said of the Mercedes W13 car.

“We’re only really recognising now that the last three races have caught us by surprise, in the fact that they are very different to Barcelona, and they are all very similar.

“The three street circuits are all very bumpy and they all have slow speed corners. So, if you have a competitive car in slow speed corners and one that's really robust over the bumps and the kerbs, you're gonna be fast at all three of those events.

“Now, we're going to Silverstone, we're going to Austria, Paul Ricard, Budapest - they're more traditional circuits, as such. But the facts are, we are uncovering sort of different issues from our package at every track we go to.

“So, there's no guarantees that we're going to light the world on fire when we get there.”