Sebastian Vettel will not be able to beat Lewis Hamilton to the 2018 Formula 1 world championship unless he cuts out the mistakes he is making, reckons Nico Rosberg

Vettel saw another race win opportunity wrecked at the Italian Grand Prix when he spun after a clash with Hamilton on the first lap, and is now facing a 30-point deficit to his Mercedes rival.

The Monza incident follows Vettel losing places in a failed bid to take the lead in Baku, his first-corner collision with Valtteri Bottas at Paul Ricard, and a crash while leading at Hockenheim.

Rosberg, who beat Hamilton to the 2016 F1 title before retiring, thinks Vettel now needs to turn things around quickly.

"You cannot beat Lewis Hamilton to a championship by making so many mistakes, that's a fact," said Rosberg to Sky Sports F1.

"So he's got to sort that out, otherwise it's not going to happen.

"Lewis is the benchmark out there. Surely he's at the peak of his career, and it's all going his way." 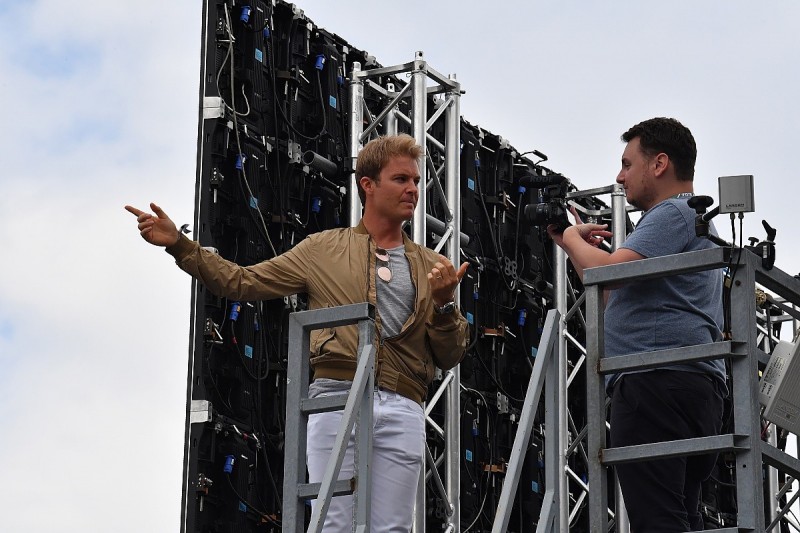 Reflecting on the opening lap incident between Hamilton and Vettel, Rosberg had no doubt it was an error from the Ferrari driver - who blamed Hamilton for squeezing him.

"Lewis has no fault, because he leaves plenty of space," said Rosberg. "There is nothing you can blame him for.

"Sebastian runs too wide, gets into Lewis and spins out. That was the end of it, 110% Sebastian's fault."

Hamilton's Italian GP victory was one of his best of the season, as he overcame the faster Ferraris to pull off a win on their home turf with a late pass on Kimi Raikkonen.

Rosberg said that performance has left him in no doubt about Hamilton's strength going into the title-deciding races.

"He nailed the start and got past Sebastian, made him [make] a huge mistake, which put him all the way back. Then he got Kimi as well. It doesn't get better than that."