Ron Dennis steps down from role at the head of McLaren

Dennis has been involved with McLaren since 1980, but after 36 years a decision has been taken by the majority shareholders to place him on gardening leave until his contract expires in January.

Dennis last week tried unsuccessfully to seek a High Court injunction to prevent such a move from taking place.

The 69-year-old remains on the boards of both McLaren Technology Group and McLaren Automotive Ltd, as well as being a significant shareholder in both companies.

Dennis currently holds a 25% stake in the McLaren Group, with a further 25% owned by long-time business partner Mansour Ojjeh, and the remaining 50% in the hands of Bahrain sovereign wealth fund Mumtalakat.

Prior to this move Dennis had been involved in a two-year behind-the-scenes power struggle, most recently making a last-ditch takeover bid with a Chinese consortium worth a reported £1.65billion.

With that failing, Ojjeh and Mumtalakat then launched their own countermeasure to remove him from office.

A statement claimed Dennis intends to honour his commitments to the group before launching a new technology investment fund later next year.

Dennis said: "I am disappointed that the representatives of TAG and Mumtalakat, the other main shareholders in McLaren, have forced through this decision to place me on gardening leave, despite the strong warnings from the rest of the management team about the potential consequences of their actions on the business.

"The grounds they have stated are entirely spurious; my management style is the same as it has always been and is one that has enabled McLaren to become an automotive and technology group that has won 20 Formula 1 world championships and grown into an £850million a year business. 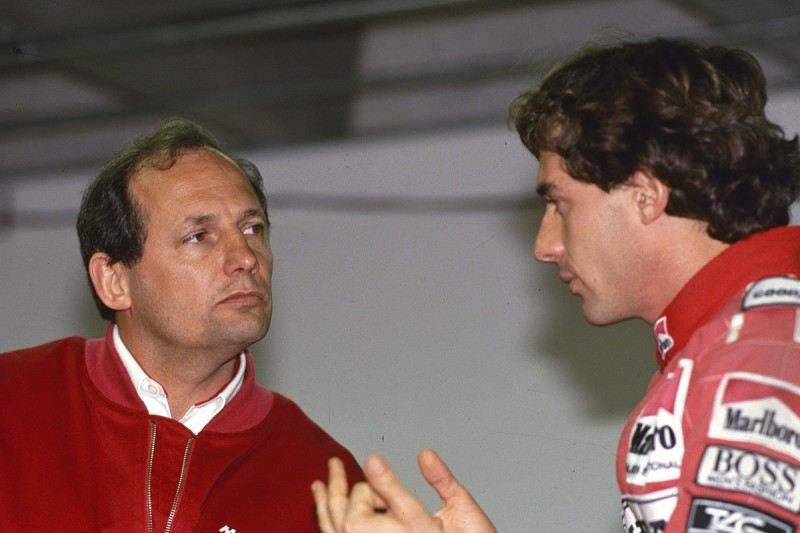 "Throughout that time I have worked closely with a series of talented colleagues, to whom I will always be extremely grateful, to keep McLaren at the cutting edge of technology, .

"Ultimately it has become clear to me through this process that neither TAG nor Mumtalakat share my vision for McLaren and its true growth potential.

"But my first concern is to the business I have built and to its 3500 employees. I will continue to use my significant shareholding in both companies and my seats on both boards to protect the interests and value of McLaren and help shape its future.

"In addition I intend to launch a new technology investment fund once my contractual commitments with McLaren expire.

"This will capitalise on my expertise, my financial resources, together with external investment to pursue the many commercial opportunities I have been offered in recent years but have been unable to take up while being so committed to the existing business."