Romain Grosjean believes 2015 was his best season in F1

In 2012 and '13, Grosjean scored 96 and 132 points respectively, taking nine podium finishes during that time.

This season Grosjean has managed just 51 points and a single third-place finish in Belgium, yet he feels in the face of adversity he has performed better than when he had a more competitive car.

With a move to Haas now beckoning, Grosjean told Autosport: "It's been a great season, the best of my career in terms of driving, setting up of the car.

"There has also been a lot going on behind the scenes, we've not been able to develop the car as we would have liked, and I feel I've probably delivered more on occasion than it has probably been capable of.

"After what happened in 2014 [with a car far off the pace], I jumped in this year's car at the start and I liked it straight away.

"If you look at my qualifying performances compared to my team-mate [Pastor Maldonado], every time it was required I got the best out of the car, even more than in the past."

With Lotus securing sixth in the constructors' championship after a troubled year off-track for the team, Grosjean feels he can hold his head up high as he leaves the team he has spent his entire F1 career with so far.

"It was important for me, my pride, to ensure we kept sixth in the championship," he said.

"I wanted to leave on a high, and that's what I did as we had a fantastic race.

"Yes, it was only P9, but it was the best we could do with the car we have, and that is like a victory for us.

"It's a tough one. I'm going to miss the guys because I love them as family.

"Lotus has been a big chapter of my life, but I believe the next chapter can be as good, if not better." 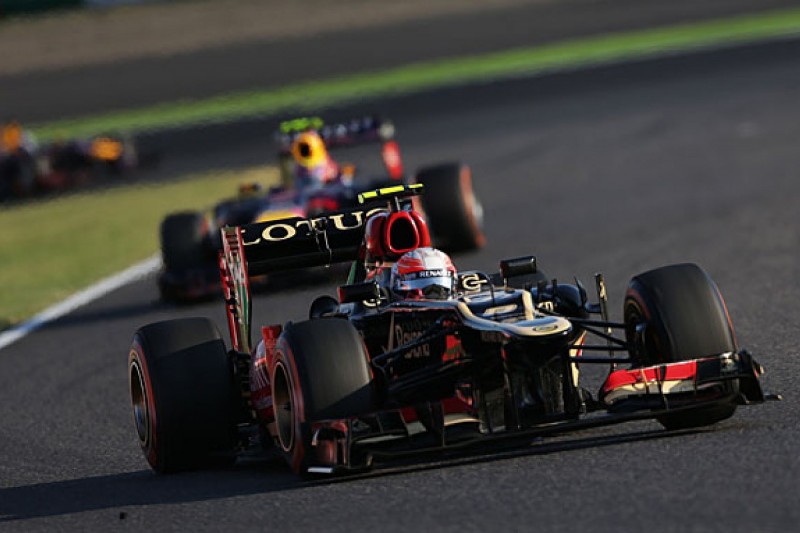