Kubica, who was driving a contemporary F1 car for the first time since 2011 when a rallying crash interrupted his career, clocked 142 laps and posted the fourth quickest time at the Hungaroring on Wednesday.

Renault admitted "driver evaluation" was part of its programme during day two of the test, which will be crucial in weighing up whether Kubica can make a proper return to F1 next season.

"Yes [I'm happy] but not 100% happy," Kubica told reporters. "The biggest difference is this car has nothing similar or same as the cars I have been testing lately.

"When you have so many things that are different, it normally takes a bit of time to adapt.

"You can predict it wasn't easy, which I'm not hiding, but it was good. In the end we have done over 140 laps and I could drive I think tomorrow easily, so fitness level is good, which is a good sign.

"There are sides which need to be improved or need to get better, but it's always like this." 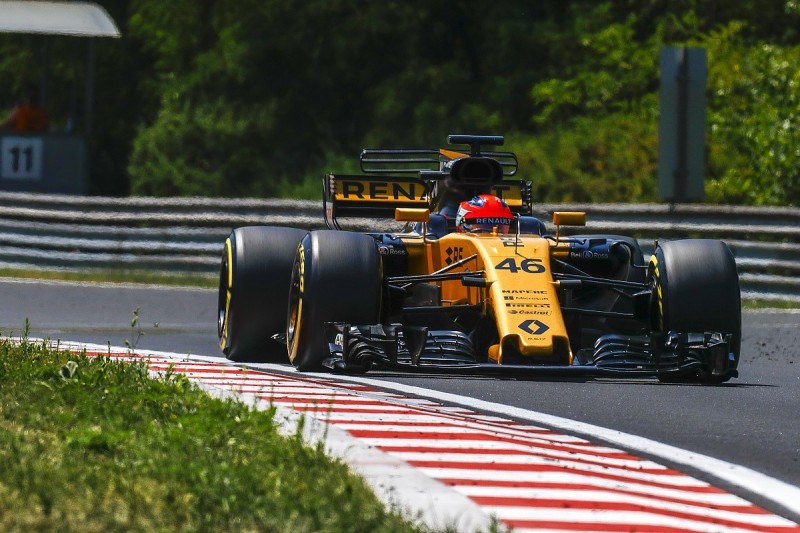 Kubica said he didn't feel any pain, but rather tiredness, especially given the hot and humid conditions.

"From a physical point of view, inside the car it is much better than it looks outside the car," he added. "That's what's most important.

"I didn't have any pain, I actually feel quite well.

"Of course, I'm tired. It has been a hot day in the end the eight hours of running, I jumped out only once for 10 minutes."

Kubica said one of the biggest differences he noticed in driving the 2017 machine was the extra weight compared to earlier generations of F1 car.

"When I last time drove the car the minimum weight was 620kg, [so] to have 100kg [extra] bringing around the track, it makes a big difference," he added.

Kubica said he "felt like a different driver" after taking some time during the lunchbreak to mentally process his morning running, but insisted he wasn't focused on lap times, despite complete an ultra-soft run and working down to a best lap 1.448s adrift of the pace set by Sebastian Vettel's Ferrari.

"To be honest I don't remember even what times they were doing on race weekend here," Kubica said.

"Most of the job was done to evaluate some parts for the team. "It was not an easy day, but I think we have done a good job."