Robert Kubica went fourth fastest on his return to official Formula 1 testing in Hungary with Renault, as Ferrari's Sebastian Vettel set the pace

Having ended the morning session seventh quickest, the 32-year-old Pole started the afternoon with a series of shorter runs, many of which involved pitting in between to practice hitting his marks in the pit box.

The majority of the runs were on super-soft tyres, but he did three on the ultra-soft at the end of the day, enabling him to improve his position on the timesheets to fourth.

His lap count meant he completed the equivalent of just over two Hungarian Grand Prix race distances during the eight-hours of testing - completing what Renault sporting director Alan Permane described as "a comprehensive programme".

"It was a fantastic feeling for me to be here today in the RS17 and also it was amazing to see so many fans come to see me out on track, so thank you to all of them," said Kubica straight after the test concluded.

"It has been an incredible journey to this point, where I have answered many questions to myself.

"I learnt a lot about the latest generation car, as there are a reasonable amount of differences between it and the Formula 1 cars I have driven in the past.

"After today, it's too early to say what the next step might be.

"For now, I owe a big thanks to everyone at Renault for making this test happen."

Kubica's form on Wednesday at the Hungaroring is considered to be crucial in determining whether he can complete a remarkable return to F1 next season.

Given the test takes place just days after the Hungarian Grand Prix and in similar conditions, Renault had the chance for a like-for-like comparison against the benchmarks set at the weekend by Nico Hulkenberg and Jolyon Palmer.

Vettel's leading time set in the morning, on a day when he only completed two hours of running before handing the Ferrari over to team-mate Kimi Raikkonen, remained unchallenged in the afternoon. 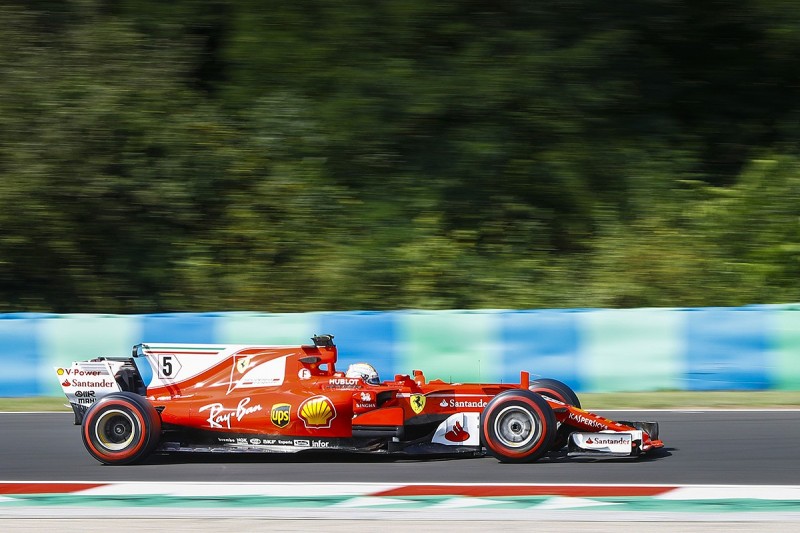 Lando Norris, who is driving for McLaren in Hungary as part of his prize for winning the 2016 McLaren Autosport BRDC Award, was the Ferrari's closest challenger, though his best lap was on ultra-softs compared to Vettel's super-softs.

Raikkonen was third quickest with Carlos Sainz Jr fifth behind Kubica, a quarter of second ahead of Toro Rosso team-mate Daniil Kvyat, who took over driving duties in the afternoon.

Mercedes DTM frontrunner Lucas Auer, who only drove in the morning, was seventh for Force India with Russian Formula 3 driver Nikita Mazepin driving the car after lunch and ending up ninth.

Formula 2 frontrunner Luca Ghiotto clocked up a staggering 160 laps - more than any other driver - on what was his first day of testing a F1 car. He was 11th quickest.