The team suffered from a significant performance deficit to Mercedes and Ferrari during the early races of 2017, qualifying more than 1.2 seconds away from pole position at three of the first four raced and more than seven tenths off in Bahrain.

Ricciardo said during the Bahrain Grand Prix weekend in April that Red Bull didn't know how to close the gap, and had perhaps lost its position as the championship's top team in terms of producing and developing F1 cars.

But a significant upgrade ahead of May's Spanish GP allowed Red Bull to qualify within six tenths of pole for the first time this year, and Max Verstappen lapped only 0.318s away in Monaco last time out.

"We've had a bit more consistency with feedback from myself and Max in the last few races, and more of what we're saying is now visible also on data, where early in the year maybe we'd say one thing but it wouldn't always show," said Ricciardo.

"It seems the correlation is a lot better the last few races. Now we're a lot more certain on the direction we need to go.

"From Barcelona, where we had the big update, some bits worked and some didn't and it was more clear to see from that point on what is working on this car and what isn't.

Verstappen reckons the Barcelona update package "stabilised" the car aerodynamically and mechanically and allowed Red Bull to correct any miscalculations with its development tools.

"The new parts stabilised everything a bit more," he said. "Maybe there were some miscalculations and now with the new parts everything is in a better balance.

"And everything we change actually works again, like it should do." 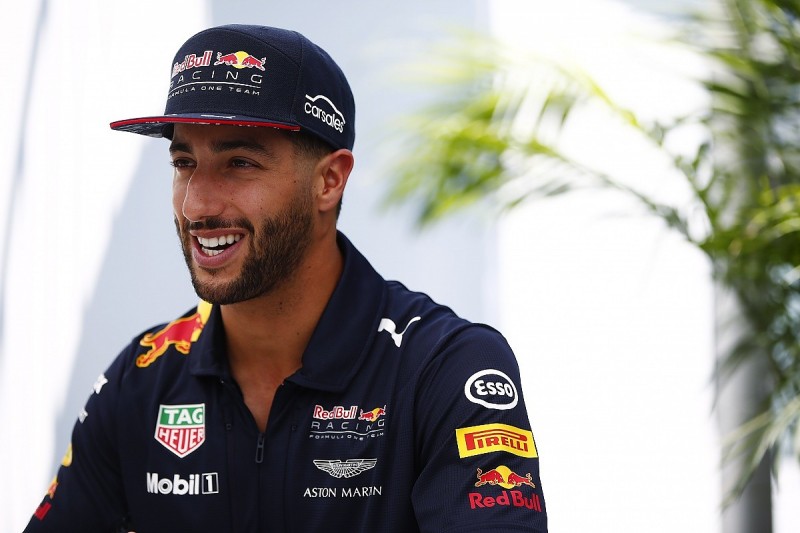 Ricciardo said Red Bull would conduct further tests with a T-wing in free practice in Canada, having added one for the first time in Monaco.

He feels a "pretty good upgrade" with "quite a few new parts on the car" will prevent Red Bull from slipping back on an upcoming run of power circuits that team boss Christian Horner admitted to being "worried" about given Renault's continuing deficit to Mercedes and Ferrari.

"Our development will match the tracks, so I don't think we'll fall behind too much actually - I think we'll stay in there," said Ricciardo.

"Baku's still an unknown, but here we can be at least third-best team.

"I wouldn't expect to be a second off in qualifying, but let's see."