Daniel Ricciardo says he's past the point of frustration as he tries to adapt to the 2021 McLaren Formula 1 car – and has accepted that it is an ongoing challenge.

The Australian has struggled to match teammate Lando Norris all season and has been trying to adjust his driving style to the requirements of the MCL35M.

There have been consistent signs of progress, and at Silverstone he finished fifth, a place behind Norris.

"It's still definitely at times frustrating," he said. "But I'm probably past the point of being frustrated, I think now it's kind of a reality that I'm still needing to find some more and just be at one with the car. That's probably the best way to put it.

"So I guess it's not anything new for me now. I know and I'm aware that it's probably still gonna be a process.

"I didn't panic at the beginning, but I was aware that I was losing ground, and I was just trying to understand where am I losing and what is it that I need to help me get you know those three or fourth tenths a lap more."

Ricciardo agreed that his solid Silverstone weekend had been a boost, although he felt stronger over one lap in qualifying than in a race stint.

"I'm definitely happy on paper, or happier, with the first top five of the year," he said when asked by Autosport about his Silverstone weekend.

"And Lando getting getting another top five, so it's obviously good points for the team. I know Ferrari obviously a good strong weekend as well.

"I think there's now just still some underlying pace. It's strange because you'd think on one lap is where I would maybe lack more, when you really push the car on the limit, and maybe the race when everything settles down I'd have a bit more. 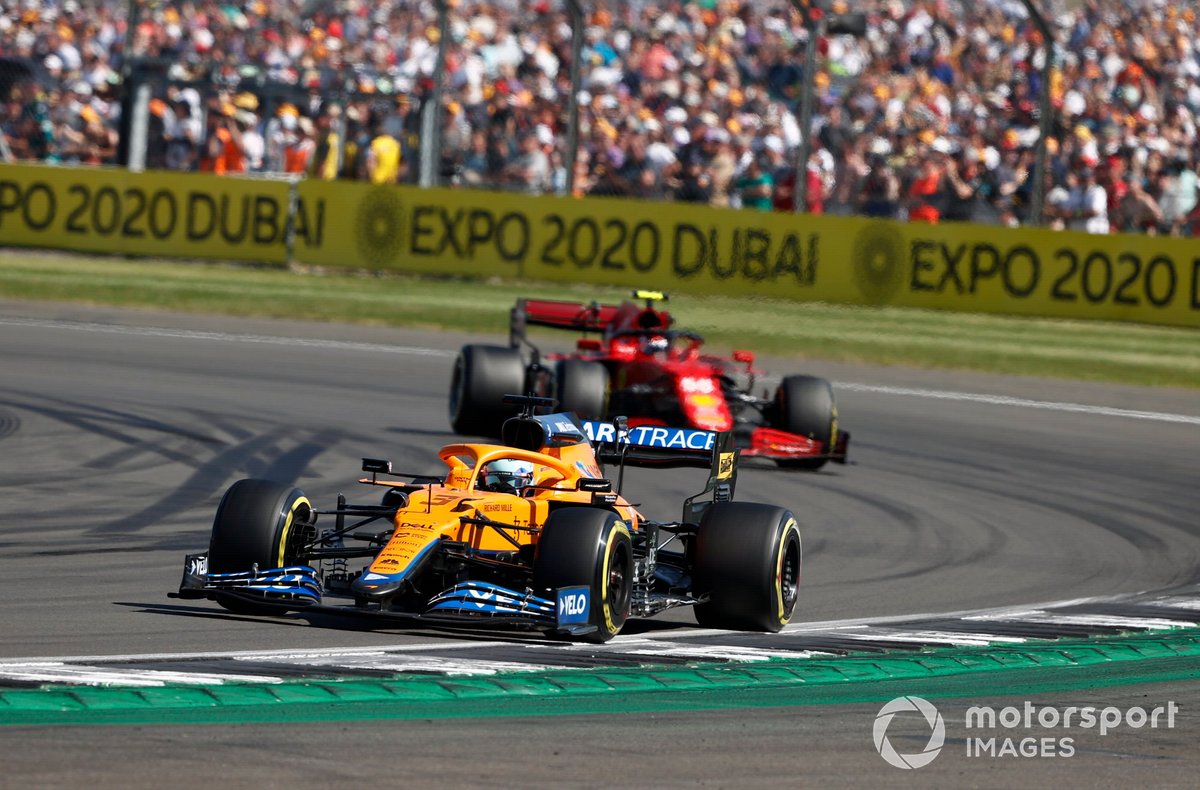 "But we've kind of seen the opposite this weekend. On the race when the car is a bit on fuel and starts to move around more that's where I've still got to dial it in a bit more. I think just the feeling and being able to really put the car on that knife edge I'm not able to do as consistently yet."

Ricciardo noted that being pushed by the Ferrari of Carlos Sainz Jr in the race obliged him to test the limits: "I think having Carlos actually at the end, or for most of the race, on me, and putting the pressure on me, kind of forced me in a way to overdrive some corners.

"And I think it allowed me to feel a little more where where that edge is. That's definitely the encouraging thing. I know in clear air Carlos was definitely quicker, but to get a top five when I'm still like this, it is encouraging."

Ricciardo noted in Austria that he has to focus on himself and not on the pace of his teammate, and he he says he's trying to stick to that approach.

"I mean, for sure, I'll still look through the data and see where I can improve. But yeah, through qualifying I had a nice, let's say inner confidence in myself.

"I was pretty pretty comfortable with the car and I didn't feel the need to be distracted by let's say him or the competitors. So I think it was a good weekend from let's say the mindset point of view."