Renault has provided Daniel Ricciardo with a new chassis ahead of Formula 1's Bahrain Grand Prix, replacing the one used in Australia as a precautionary measure

Ricciardo endured a nightmare home race in Australia after he lost his front wing on the opening lap, picking up damage when he hit a "gutter ditch" as he ran onto the grass on the run to Turn 1.

He then retired after 28 laps as a precaution from 16th position.

Ensuring that nothing from the incident in Melbourne has been carried over, Ricciardo has a completely new chassis and his old one will be retained as a spare.

"I guess it was from the impact at the start," said Ricciardo. "They don't know 100% if it was from that - that is the assumption for now. But to play it safe we are changing chassis."

In this photo from Giorgio Piola, FIA technical delegate Jo Bauer is scanning Ricciardo's new chassis to ensure it is compliant with the regulations. 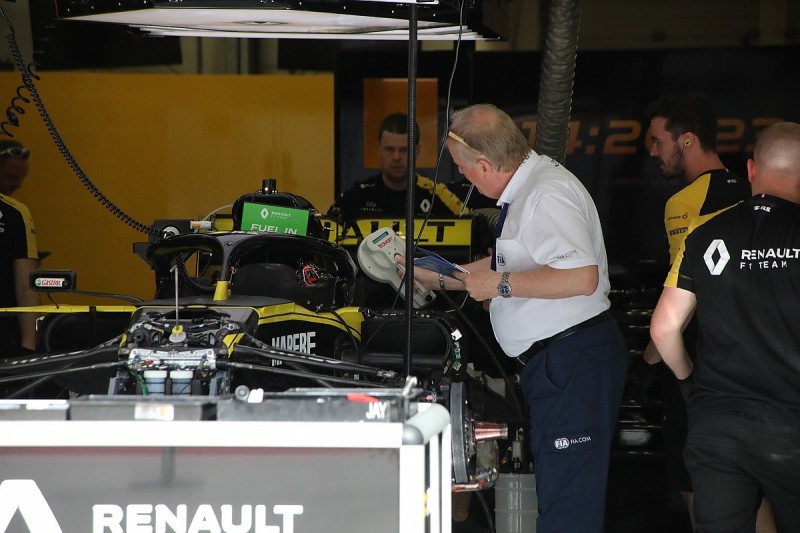 There are a number of small chips within the chassis which hold information such as test data, which the technical delegate must check before the car is allowed to take to the circuit.

Piola's drawing below, originally drawn in 2001, shows where the locations of the chips are. 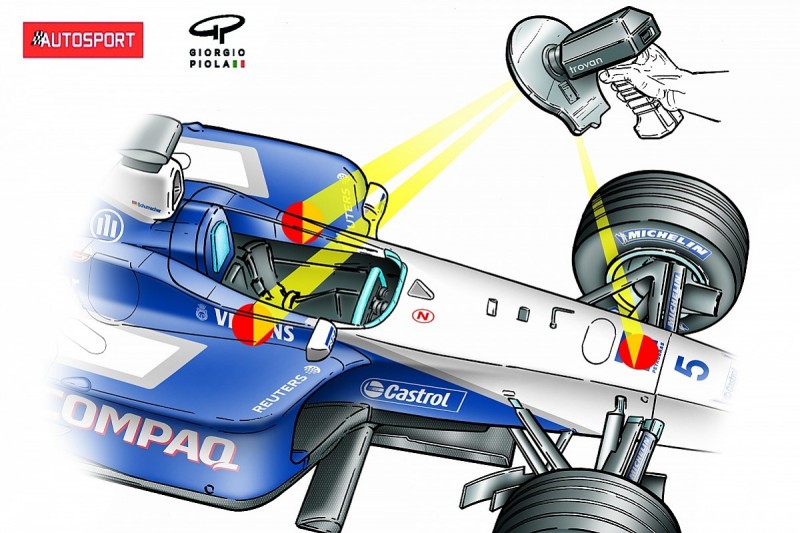 Having just missed out on Q3 in Australia, Renault has arrived at the second round with a number of updates at the rear of the car to help it overturn its early deficit to the top three teams and midfield rival Haas.

Giorgio Piola's images show the extent of the changes made for Bahrain.

The Bahrain circuit has different characteristics compared to the season-opening Melbourne race. 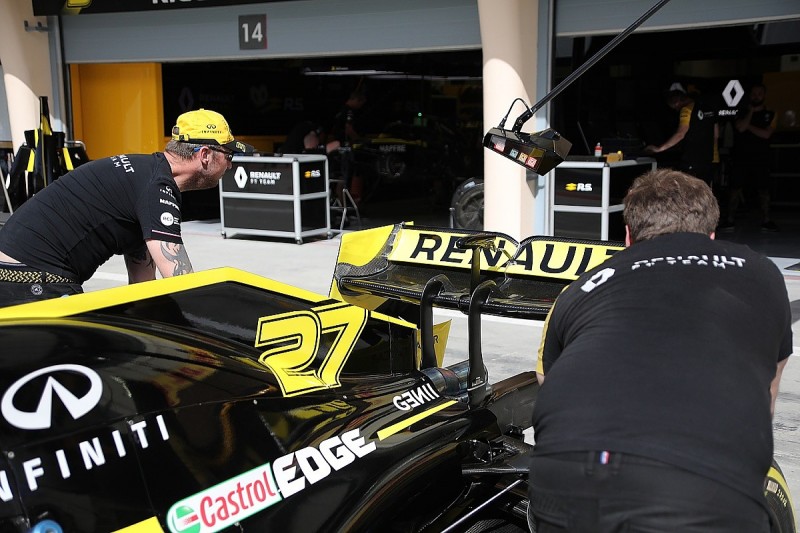 The rear wing mainplane has been changed, now curving upwards at the outboard edges to create a shallow 'spoon' section in the middle, as seen above.

In Australia, pictured below, this element was perfectly straight but has been altered to better suit the collection of long straights on the Sakhir circuit. 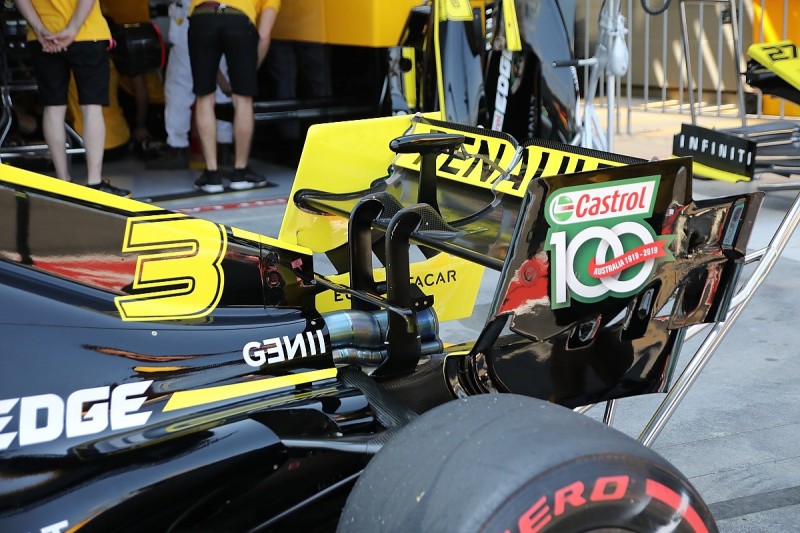 The alteration trims off a little bit of overall downforce but also cuts drag thanks to the reduced frontal area of the car.

This also changes the shape of the vortices shed from the rear wing, closing them up to minimise the drag produced by the wake turbulence.

The team has also dispensed with the T-wing and monkey seat placed at the rear of the car, again removing small downforce-generating pieces to cut drag.

Why Kubica won't walk away from Williams