Daniel Ricciardo believes the controversial Abu Dhabi Formula 1 season finale proved there is “too much pressure” being placed on race control and people need to “take a step back”.

The FIA is currently conducting a full investigation into the events late in the Abu Dhabi Grand Prix that saw the race restart in controversial fashion and ultimately decide the world champion as Max Verstappen passed Lewis Hamilton on the final lap of the race.

It has left race director Michael Masi facing an uncertain future, while it is expected the FIA will restructure its F1 operations to offer greater support to race control moving forward.

Aston Martin driver Sebastian Vettel said on Thursday that he hoped Masi would continue as race director, but noted the need for the rules to be clarified after two articles of the sporting regulations relating to cars unlapping themselves were not implemented.

Discussing Abu Dhabi on Friday at the launch of McLaren’s new MCL36 F1 car, Ricciardo said he thought there was “too much pressure” being placed on race control.

“The sport in general has a lot more exposure now, which is great in some elements, but it also probably puts others under pressure who probably aren’t asking for the pressure or aren’t used to it,” Ricciardo said.

“It’s hard to look back in time and think when was a race director or steward so much in the media. It was quite unique and kind of unknown territory.

“I don’t know if the word is unfair or what, but I think that’s where there was already a bit of a ripple in the situation. So I think that it highlighted some of the stuff maybe too much, and then put pressure on the next situation more. 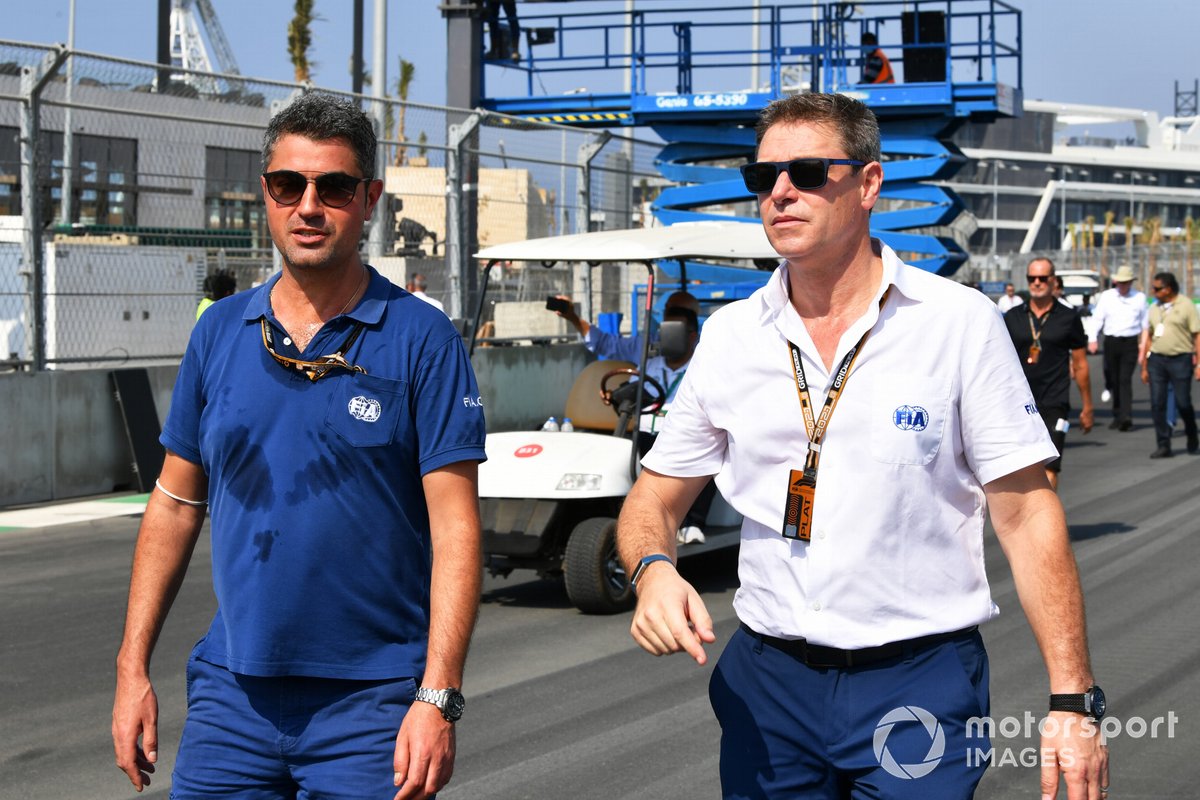 Throughout the closing stages of the race, officials from both Red Bull and Mercedes were heard lobbying Masi over the radio about the race restart. Ricciardo felt there was “a lot of interference” that “probably made it more messy than it should have been”.

He added that there needed to be “less interference, just in general, and let people get on with it, probably with less pressure, and then see what the outcome is.”

Ricciardo’s McLaren teammate, Lando Norris, stressed the need for consistency in the rules, but said that “99% of things are very good” and consideration must be given for human error.

“The obvious thing that we all want is just consistency, and when something is inconsistent like that weekend is when people get annoyed or frustrated,” Norris said.

“We just want that consistency. You see us make mistakes as drivers, and of course it’s easy for people to notice that and to see those things, and it’s the same with them. It’s not easy and it’s human to make mistakes.

“I support Michael, and I think a lot of other things he did were great last season, or in the past few seasons we’ve been working with him.

“It’s just ironing out these small things which can have a big impact of course, which is not something we want. Formula 1 needs to be kept to a very high philosophy and success and so on.

“It’s still something that’s being talked about, and things are ongoing and changing. So we’ll see soon.”

Sharing his thoughts on Masi, Ricciardo said: “Ultimately if Michael wants to stay, then he should stay. I don’t think one event should be the picture of everything, if you know what I mean.

“I had the front row seat for some reason, being right behind them [Hamilton and Verstappen]. I was like wow is this really happening, this is nuts. I watched it on TV in 2008 with [Felipe] Massa and Lewis, and I was like that would never happen again, and obviously it did.

The next chance for teams to discuss potential changes for this year with the series’ bosses will come at the F1 Commission meeting, which takes place on Monday.

What can go wrong with the new F1 cars?