Nico Hulkenberg enjoyed his strongest performance of the 2017 F1 season in last weekend's British Grand Prix, but suffered an ERS issue in the late stages due to a holed exhaust.

The subsequent loss of power helped Red Bull's Daniel Ricciardo to sweep past him and demote Hulkenberg from fifth to sixth.

"In the last couple of laps I lost some power and deployment," Hulkenberg said.

"Not sure sure what happened, but sure we lost some straightline speed.

"It was easier for Daniel to overtake me, otherwise perhaps I could have kept him behind me."

With his team-mate Jolyon Palmer having retired on the formation lap with a hydraulic problem, Abiteboul said Renault's focus had to be on sorting its reliability issues as soon as possible.

"We know this is our weakness, and we need to get that right.

"Frankly there is absolutely no reason to have to suffer to that extent, given where we are now in our programme.

"That has to be the focus - performance is pointing in the direction that we want, so our focus is reliability." 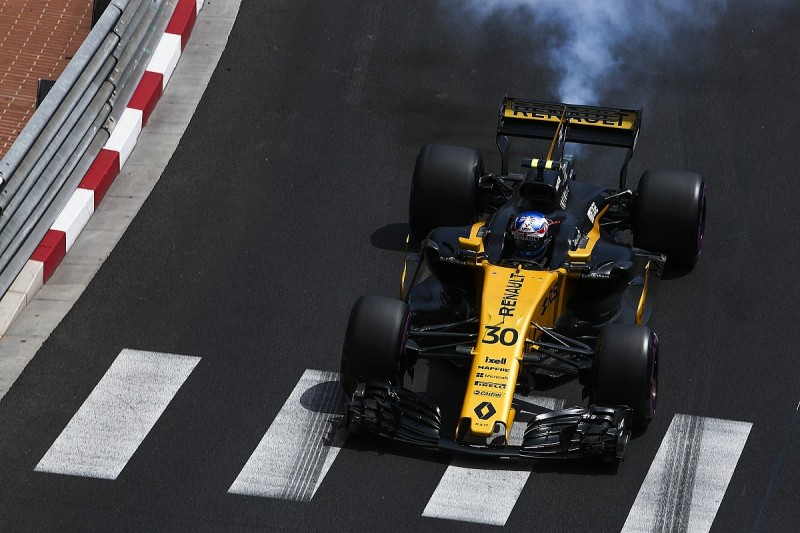 Abiteboul agreed Hulkenberg could have kept Ricciardo behind at Silverstone without the problem.

"[It was] the reason why we were absolutely unable to contain the attack of Ricciardo," he said.

"I believe without that we would have been able to hold him, but the objective in the last laps was to bring the car back home."

Renault introduced a new floor at Silverstone that the team said will be the "triggering event" to many more car updates coming.

Hulkenberg is hoping the developments translate into a stronger second half of the season.

"This was an important thing for us to bring this floor, and for it to deliver a big impact," he said.

"I know there are more things coming, even already for Budapest.

"I think the first half was decent, that was always my expectation, to be in the points now and then, but still a little bit behind the main midfield.

"I very much hope that at this rate of progression we can have a stronger second half, and battle the likes of Force India, Haas and Williams more, and take points off them."