The Hungarian Grand Prix should offer McLaren the chance to score Formula 1 points for only the second time this season, according to Stoffel Vandoorne

Honda's difficult start to its third season back in F1 with McLaren has left the team further off the pace than expected this year, with Fernando Alonso's ninth place in Baku the only points finish for the team so far as it sits at the bottom of the constructors' standings.

But off the back of a British GP weekend that Vandoorne felt went surprisingly well, as he made Q3 and missed out on a point by just four seconds in the race, the Belgian believes the twisty Hungarian GP venue could be fruitful.

"Budapest should be another good chance for us to score points," said Vandoorne in his column for Autosport's sister title Motorsport.com.

"You can describe the layout as like Monaco without the walls - so it means a lot of corners.

"You need a good chassis and good downforce there, so hopefully we can be a bit more competitive.

"Getting into the top 10 on the grid was maybe a bit of a surprise for Silverstone.

"But again, it must mean that our chassis is performing well in the high speed corners if we could get right up there.

"To be able to run so close to the Force Indias and the Williams at a circuit like this was really positive.

"We had gone into the weekend mindful that with Silverstone being a power track, it might hurt us a bit.

"But coming out of the weekend feeling disappointed we just missed out on points says a lot about the progress McLaren-Honda is making." 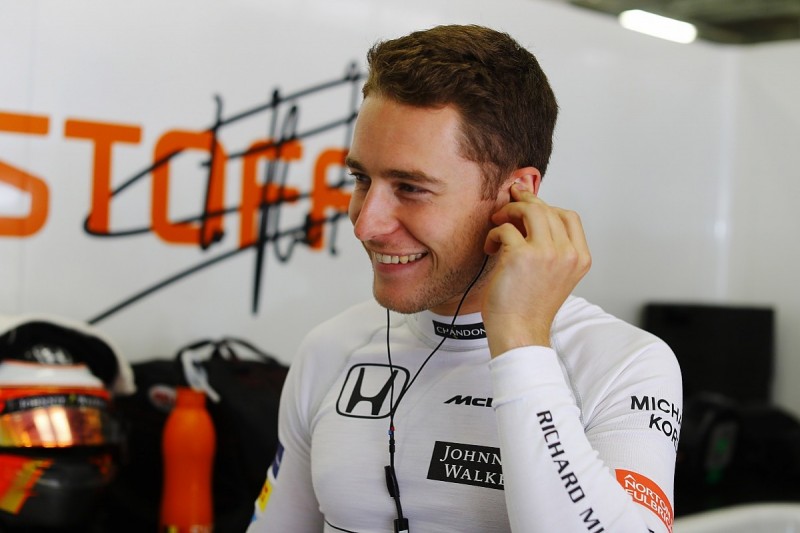 While there is a lot of speculation over Alonso's future at McLaren beyond 2017, Vandoorne says he will not be playing any role in the F1 driver market.

"I have a long-term contract with McLaren and things are going well," he said.

"As we head to the summer, the heat is picking up with F1's annual silly season of driver movements, but as far as I'm concerned I won't be getting that involved in it.

"I want to be with McLaren and I am working very hard with the engineers and the team to build on the future.

"Making that effort now is important because I really want us to prepare as well as possible for the moment when we are properly competitive and fighting there at the front."