Though Nico Hulkenberg put Renault seventh on the grid in both China and Bahrain, his ninth place in the Sakhir event is the team's only points finish so far as it has been unable to replicate its qualifying form in race trim.

Renault's chief technical officer Bob Bell said the team understood why this was happening and had parts arriving to tackle it.

"It's pretty clear and we're not under any illusion; we are currently qualifying better than we race and that's a symptom of our current car performance," he said.

"We have a reasonable understanding of why this is and have a number of developments to address this in the realm of aerodynamics and suspension.

"We tested new parts - including a new front wing - in Bahrain designed to add more aero-performance to the car and also make it slightly more benign to engender better race pace.

"The RS17 is not as well balanced as we'd like over a full stint.

"Whilst you can get away with this over the course of a qualifying lap - where fresh tyres can mask the balance issue - the performance is less consistent when you take to the longer runs of race stints.

"The RS17 has a somewhat nervous corner entry, followed by mid-turn understeer, followed by a nervous exit making finding traction a challenge.

"If we can address these areas, our drivers will have a very effective race car at their disposal.

"We believe the problems are aero related, so we're primarily looking for the solution there.

"Once we have the entry-phase of the corner sorted, the rest should follow more easily." 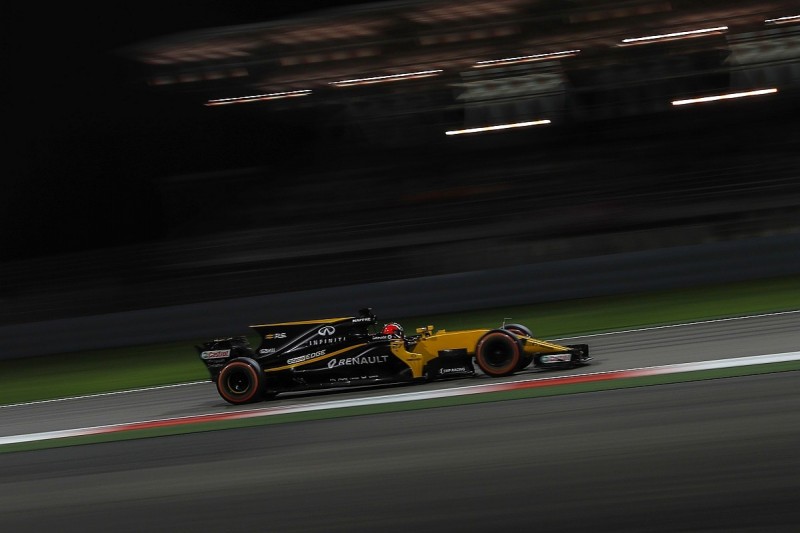 Bell told Autosport after the Bahrain race that the fact the car was qualifying so well had reassured Renault over its ultimate potential.

"If you have the pace the key is maintaining it," he said.

"It's easier to translate qualifying pace to race pace than to find basic performance."

The team's managing director Cyril Abiteboul recently suggested its aero flaws this year were still a consequence of under-investment prior to Renault reacquiring it ahead of last season.

"We are still paying everywhere," he said. "We're in the process of rebuilding everything.

"In the previous ownership, there had been a pause of development for maybe 18 months.

"We're lucky there has been a reset to the downforce element, which is why we look much better compared to last year.

"In thermal management of tyres, that's an area where there has not been any reset and it's even more important that before.

"In that area, we're still paying - the team has lost contact with what has been done."