Though the team is currently fourth in the constructors' championship, it has earned that position through strategy and racecraft rather than pure performance.

Drivers Sergio Perez and Esteban Ocon have both finished in the points in all three 2017 GPs so far, despite Perez suggesting earlier this month that Force India is "like the seventh, eighth fastest team".

"It's a case of damage limitation," he told Autosport.

"The key position we took coming out of testing was to be as close as possible to fourth place in the championship by the time we got to Barcelona.

"At the moment we are in fourth place, so it doesn't get any better!

"We've made sure we've had good strategy, and good racecraft, and kept bringing it home.

"Hopefully we can draw a line under the first four races and move forward from Barcelona."

Fernley is confident that a new aero package will address the car's problems.

"The issues are in the slow to medium corners, which are predominantly what Bahrain is about, and we will probably suffer a bit in Russia as well," he said.

"Hopefully what will happen from Spain onwards is the updates will put us back into contention, and we will be a contender for fourth, as opposed to relying on opportunities."

He praised Perez and Ocon for making the most of their limited package so far, with Perez having come from 18th on the grid to seventh in Bahrain last time out. 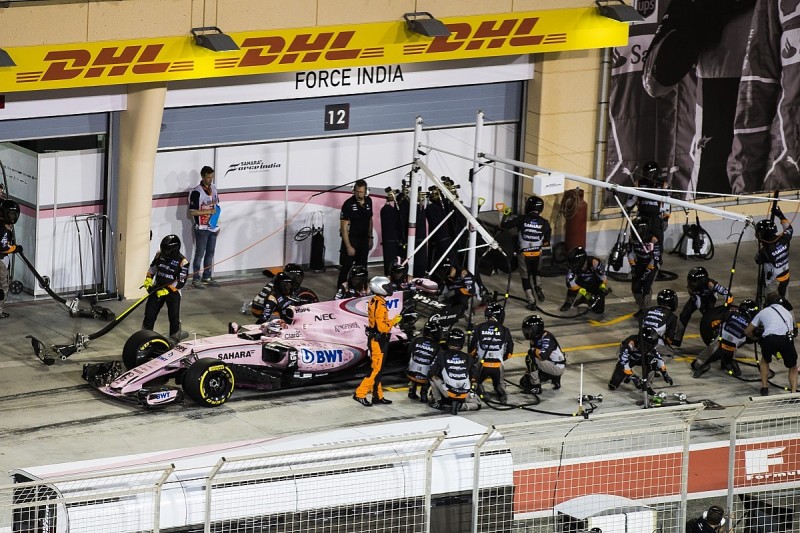 "One of the strengths of the team has always been race strategy and the ability of the drivers to pull it off in the race. That hasn't changed," said Fernley.

"Bahrain was a good recovery from what was a bit of a difficult situation after qualifying. They both drove exceptionally well. It bodes well for the rest of the season."

Chief operating officer Otmar Szafnauer added that Force India had put special focus on race pace while it was on the back foot.

"We usually concentrate on the race, and if there's a compromise to be had between qualifying and the race, we stick the performance on race day," he said.

"I think we've been unfortunate a couple of times, we made some mistakes in China, and in Bahrain the safety car came out after Esteban pitted, so that wasn't the best.

"Getting Checo to seventh was very good, and only a few seconds behind [Felipe] Massa, who started way ahead of us.

"There should be more to come, we've got to get our upgrade programme working like it needs to, and until then we just need to do the best we can with the package we have."