Force India picked up just one point in the first three races of 2018 but drivers Esteban Ocon and Sergio Perez filled row four in Baku with more than half a second advantage over nearest midfield rival Hulkenberg in Q3.

Though Force India has been strong in Baku since it arrived on the calendar, with Perez taking a podium in 2016, the Renault duo conceded the size of the gap was a surprise.

"I have been surprised, but there is something about that car and that team, and every year here they perform very well," said Hulkenberg, himself a former Force India driver.

"I don't know if it's just a one-off or if this is the genuine Force India pace."

Asked whether Force India's speed caught him by surprise, Sainz answered: "Yes and no. No because we know they are very strong in Baku.

"But at the same time the gap is maybe four or five tenths, unfortunately it's a bit too big.

"We need to be positive. This is a Force India track, this is not a Renault track."

Force India's form has been boosted by upgrades, with the team's chief operating officer Otmar Szafnauer confirming the Baku spec included new bargeboards and was "the car we should have had in winter testing". 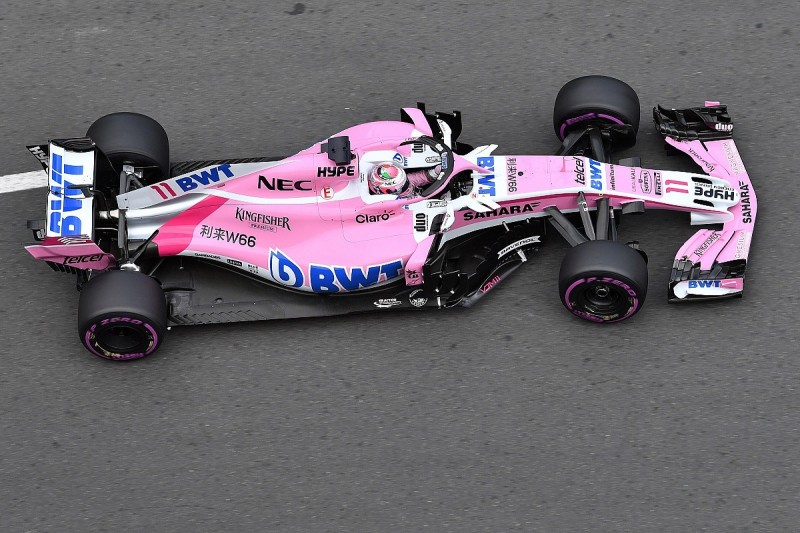 Both drivers argued Force India's Saturday showing was not just track-specific, but also a result of genuine progress.

"Although it's a very unique track, you don't really know where you really are, certainly we put around half a second to the Renaults and the rest of the field - so, a massive, massive boost," said Perez.

Ocon echoed his sentiments, saying: "We knew that this track was going to suit our car that well, but I think it's not only that, we've progressed quite a lot.

"And I hope this weekend is going to be the first one of great upcoming races in the future, and that we are going to have that pace, because where we are now is where we want to be."

"I think that also plays into why they [Force India] are strong," he said.

"Williams also being stronger than in previous events, that shows the power unit does have an effect here."

Perez downplayed the impact of the Mercedes software update.

"If there's a track where you're going to feel a benefit on the engine, it's here," he said.

"I think the engine improved a bit, but all the engines are really close, closely matched now."